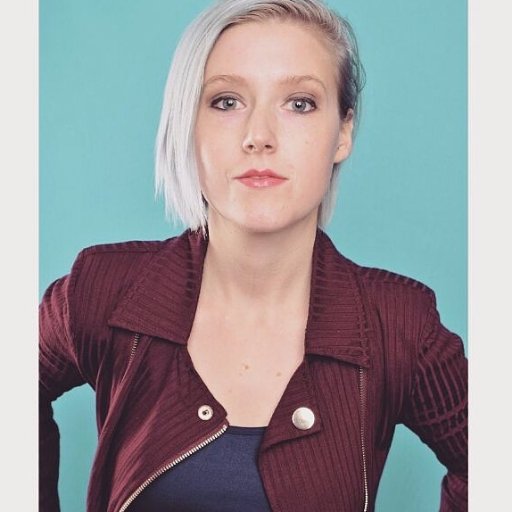 Recently as I was spelunking my way through the internet, when I was mildly, though pleasantly, surprised to come across a little Facebook page called “The Libertarian Lesbian”. This was enough to halt my journey momentarily as I felt like a natural biologist coming across some fabulously rare species. Which is not to say that there can’t be or are not people who reside in the middle of the Venn diagram consisting of the circles ‘Libertarian’ and ‘Lesbian’ I just hadn’t ever met one personally. Needless to say I was intrigued and after some preliminary research  I concluded that we have ourselves a good one here.  So after shamelessly exploiting TLR’s credibility to secure an interview with the eponymous Lesbian here we are and away we go.

(Disclosure:  This ‘interview’ took the form of exchanged google docs, as much as I would have loved to conduct it in person it just wasn’t feasible, I live in Alaska, and winter has decided we don’t get nice things)

Berger: Alright let’s start with the basic ‘name, rank, and serial number stuff’, identify yourself Libertarian!  And tell us where home is.

Libertarian Lesbian: My name is Latasia (La-Tah-Sha) Horton but I’m known as Libertarian Lesbian! I’m from Kentucky. After moving around and living in Indiana and Utah for the past seven years, I actually moved back a few months ago to start my podcast.

B: It seems every Libertarian has their own origin story.  Sometimes it’s a single flash of insight and sometimes a duopolist caterpillar slowly turns into a beautiful Liberty loving butterfly.  So tell us yours!  When did it first hit you that you might be a Libertarian and how did you get to where you are now?

LL: I like to think I took way too many of the ‘red pills’ throughout my life instead of waiting for them to kick in and the effects hit me hard when they finally started working. I wouldn’t have it any other way though, I understand the left’s ideology because of it. Being open-minded is a huge part of what being ‘socially liberal’ is and government is generally the last thing on their mind. That’s why they’re so into identity politics. They truly believe what they’re accusing people to be. What got me out of that mindset was constantly being a skeptic, thinking critically without emotions, and always wanting to know the painful truth rather than living in ignorant bliss. I called myself ‘kind of Libertarian’, for a while. I’ve never liked big government, I’ve always been pro-gun, and I’ve seen the effects of the welfare state. Being gay is what pulled me toward Liberalism by convincing me I was a second-class citizen if I didn’t have the option to get married. Although I take full responsibility for the mindset I adopted, they really do prey on minorities by using the insecurities and hardships that comes along with being one. After already being fed up with the gender queer thing being fully accepted without any research and added onto the LGBT, the final push came after the election when everyone started protesting. It was pointless and I knew I had nothing in common with those undisciplined, whiny college students that have never truly dealt with reality. 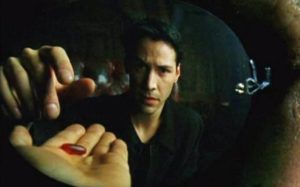 B: If you had to pick just one, what is the most embarrassing thing you believed or felt you had to believe as your ‘pre-Liberty’ self?

LL: Bernie Sanders. Haha! I regret anything I’ve ever shared on social media and every conversation about him I’ve ever had. I can’t believe I’m gonna have to tell my future kids about that time in my life. I didn’t know enough about Socialism and Communism. 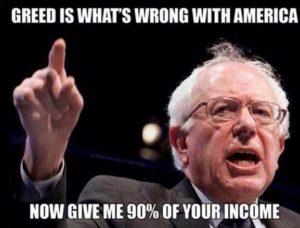 Felt the Bern…but she got better!

B: In your current iteration whom would you say you most admire within the liberty movement?  Or what thinkers/philosophers do you most look to for inspiration?

LL: Ron Paul will always be considered a huge influence for people around my age because that’s when a lot of us were first introduced to Libertarianism. So it’s an obvious answer but I have to mention him. Every time I read anything by Thomas Sowell, I gain new insight. I really appreciate people who have had a completely different life experience and I plan on getting all of his books as soon as possible. Overall, my love for freedom of speech comes from comedy. I could go on about politicians and philosophers but comedians deserve so much credit for helping people understand how deeply important it is to be able to say what you want by showing people in light-hearted and instantly gratifying way.

B: In your view, what is the greatest current challenge/threat to the cause of Liberty in the United States today?

LL: I’m sure we’ll always have threats to deal with and I can think of many. My fear is that even if we get a perfect Libertarian system, there will always be people who can be convinced they’re a victim and used as a pawn to push a big government agenda. The mindset of feeling comfortable and entitled makes people weak. Lack of self-accountability and reflection as an individual is one of the root causes of every problem in a society. It’s exhausting to pinpoint something like that and not know how to fix it.

B: What do you think the greatest misconception surrounding the Liberty movement is?  And which do you personally have to confront most?  How do you go about doing so?

LL: I’d say the greatest misconception is what affects every movement. The 80/20 rule works for most things. 80% of people don’t know what they’re talking about and 20% of people do. You’ll never find a large group of people that are 100% with you because that’s a utopia and they don’t exist. I always keep in mind that we’re being infiltrated by Leftists, Socialists, and other groups that have nothing to do with our beliefs. I had a guy in a Libertarian Facebook group try to convince me that Sharia Law was just like Libertarianism and someone else told me I should start calling myself a Nationalist instead because I don’t think we should have completely open borders. I can really only have a decent debate when the other party is willing to have discussion. I can stay pretty calm but I don’t mind getting into a yelling match if need be. The biggest misconception for me is that people assume I’m going to be more socially liberal than I am. Which is understandable considering what I’ve seen from other gay Libertarians.

B: Before September 8th, in the year of our lord Arceus 2016…did you, the Libertarian Lesbian, know what Aleppo was and where it was?

LL: I love that question. I wasn’t as involved in politics as I should have been. I only started reading about Aleppo a few weeks before he was asked that question. So, I didn’t have that much of a head start on him. 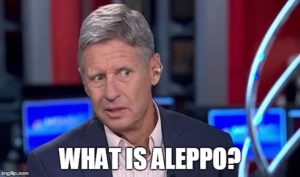 B: Now onto the most important subject, you!  Tell us about the podcast.  What gave you the idea?  What is the underlying concept?  And how do you see it developing going forward?

LL: I’ve been wanting to start my own podcast for a while but I never had a clear subject to focus on. As I started questioning certain aspects of the liberal movement, I thought I’d try to be a voice of reason within the gay community. After waking up to all of this, I realized this is what I have to do. It may lead to nothing but I’m sick of seeing the left use gay people and other minorities as a way to push their socialist agenda and the more voices we have from ‘marginalized’ people opposing it, the better. I plan on doing much more than just ranting about the left. I want to show people what it means to be a Libertarian and who we are outside of politics, as well. We’re thinkers, skeptics, realists, and we genuinely care about issues people face. I can only see this becoming successful because that’s the plan and I will work very hard to get it there.

B: Where are the best places people can find your work, spoken or written?

B: If you were to organize a music festival, we’ll call it “LL-Fest” and you could invite any 10 acts (living or dead) who would you invite and in what order?

LL: This is gonna be a weird festival because my taste in music is all over the place. Lets see:

I think Keith Sweat is going to feel really out of place but that lineup would be awesome.

(Authors Note:  As of this writing the inaugural Libertarian Lesbian podcast is scheduled to be released on 2/14, in the meantime checkout this terrific piece the Latasia wrote earlier this month on her journey away from the left. You can find more from her at New Media Central where she is a contributor)

Time To Abolish the Department of Education?