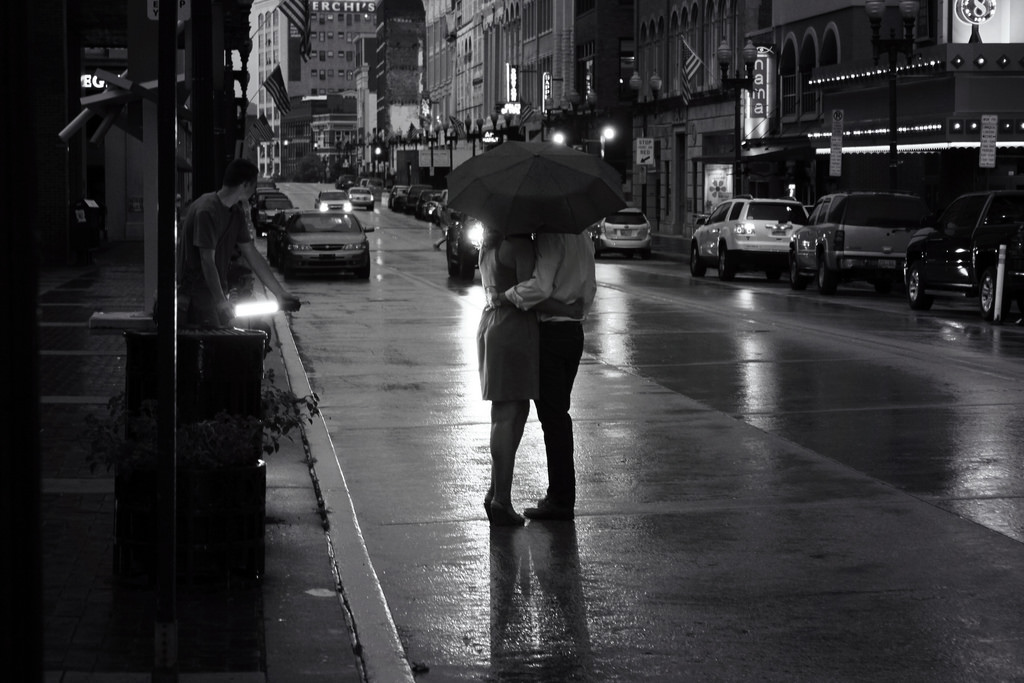 This is an open letter response to a Craigslist post that went viral over the weekend from a Vietnam veteran searching for the woman who touched his heart and saved him from suicide in a brief encounter in 1972.

I’d spent the past year living in Las Vegas, a place where they pump extra oxygen into the casinos and clubs to keep you wide awake and dissipate the scent of cigarettes.

I was out clubbing with a friend of mine, drinking and partying with the reckless abandon possessed by women in our mid-20s with plenty of our own money and nobody waiting at home.

We headed towards home at some ungodly hour, but stopped off at this little restaurant away from the Vegas Strip. We were the only people in the place and were being silly and flirtatious with our server while ordering random items from the menu.

A cute, scruffy guy walked in and sat at a table not far from us, alone. He looked like he hadn’t slept in a while and certainly hadn’t planned on running into cute girls that evening. We teasingly coaxed him over to us, shared our meal and various stories of Vegas nightlife. We laughed about tourists and how the city differs from the cities each of us was from.

I think I drunkenly demanded he find me on Facebook and then I took his number too. We paid for our meal and we got up and left, my friend and I each hugged him goodbye and then headed home.

I never saw him again.

In February of this year, nearly two years from that night, I received an email from him.

It told his tragic story: the years, months and days leading up to that night in March of 2013, when he had decided after heartbreak, depression and hopelessness, that it was time to kill himself.

He drove down the street to his favorite restaurant in Las Vegas to have a meal alone before he’d take his own life.

He described the scene I remembered, but from his own perspective:

Two vibrant, warm and kind women invited him to their table, and shared a meal with him for less than an hour. They didn’t pity him, or know how much he was hurting. They just talked and laughed and let him into their light for a little bit. That simple act of kindness sparked a small amount of hope and life inside him he had sworn was dead.

He reached out to me to tell me what I never would have known otherwise. That we saved his life.

We’ve both moved away from Sin City, away from the neon lights and the secrets we may never tell another soul. Though I met him for less than an hour in March of 2013 and I honestly don’t know if I will ever see him again, I feel profoundly connected to him, and my heart could burst with the love I feel surge through me.

I share this story with you because I read your letter to the woman you met in the rain in Boston on the last day of 1972.

I don’t know if you will ever find her, or if she’s even still alive. I don’t know if she’ll ever read your beautiful words or know how she completely changed your life.

You probably know by now that your letter has gone a bit viral and has been read across the globe by people who would otherwise never be touched by your story. Maybe it will find her.

But I wanted to share with you that my heart was racing reading your letter, because I’ve read it before. A different man, a different time, with different struggles, but a story of two strangers sparking up a conversation in the night and then walking away: and one of them being profoundly and forever changed by the encounter.

I had the enormous pleasure of being able to email him back and tell him that I cried for him. I was able to tell him that I was proud of him, and that I was thankful for him reaching out, but even more for him taking the chance on himself that night and letting himself be touched enough to keep living.

I have to tell you the same thing, in case she can’t.

Thank you for being brave enough to face another day after losing her too, and for letting the curiosity of wondering what happened to her drive you to keep living. Thank you for letting her light up that fire inside of you and for tending it all these years.

We live so much of our lives having to make quick judgement calls about what is worth our time and how we should behave. It’s powerful to recognize how often we’re just flying blind – with no idea what battles others are fighting beneath the surface. We cannot know. It would take more energy than any of us have to learn the particulars of every single person we come into contact with.

Regardless, we should always try to be kind.

You opened up your soul within a Craigslist post; hoping it might find the green-eyed girl in the teal dress whom you carry inside your heart forever.

You touched a different green-eyed girl who wasn’t even living when you met yours.

My contact information can be found in my author bio below.

I hope you find her. But if you ever need to talk to a green-eyed girl who has cried in the winter rain in Boston (40 years later), and who knows exactly what it feels like to get a letter like yours, don’t ever hesitate to reach out to me.

Either way, thank you. Thank you for living.

“There are two ways of spreading light: to be the candle or the mirror that reflects it.”

Thank you for spreading light in the world.

The author’s experience was originally published in February on her personal blog.

The featured image above is by Will Fisher.

Court Says Advice Column is Subject to Freedom of the Press

Fail of the Year: Japanese Live Streamer Accidentally Burns Down His Home [Video]

Maybe It’s Not About Sexism or Racism: They’re Just Fed Up