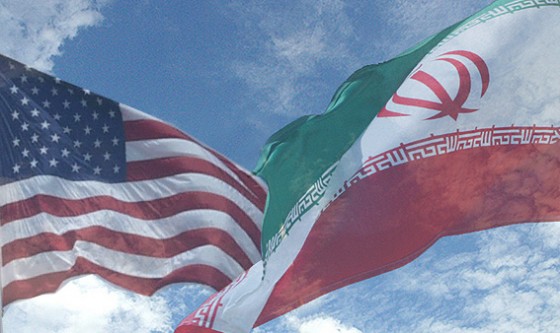 Recently, 47 out of 54 Republican Senators addressed a letter which is designed to caution Iranians that any nuclear negotiations by the Obama Administration may be temporary, given the swearing-in of a new President in 2017. Additionally, the letter reaffirms Congress’s role in ratifying treaties.

The move has resulted in outrage by commentators and politicians on the left, who have claimed that the Senators are defying President Obama. As such, a petition on WhiteHouse.gov has been signed by nearly 200,000 people urging that the President “file charges against the 47 U.S. Senators in violation of The Logan Act in attempting to undermine a nuclear agreement.”

The Logan Act was signed into law by President John Adams on January 30, 1799, following unauthorized negotiations with France in 1798 by Jeffersonian Republican and eventual US Senator George Logan. The Act makes it a felony for any American citizen, “without authority of the United States,” to engage in “correspondence or intercourse with any foreign government or any officer or agent thereof . . . in relation to any disputes or controversies with the United States.”

While some are quick to point to this little-known statute when discussing the Republicans’ letter, it is important to recognize whether or not their claims are valid. Article II of the Constitution states that the President “shall have power by and with the advice and consent of the Senate, to make treaties, provided two thirds of the Senators present concur.”

As noted by Steve Vladeck of the Lawfare Blog, it is unclear what it means to act “without authority of the United States,” but it is worth noting that the State Department in 1975 stated that the Logan Act does not “appear to restrict members of the Congress from engaging in discussions with foreign officials in pursuance of their legislative duties under the Constitution.”

Also pointed out by Vladeck, the Act was created prior to the development of modern-day First and Fifth Amendment jurisprudence, and therefore, even if it is to be interpreted to seriously hinder communicative abilities by Congress, it would likely fail more strict standards of scrutiny that have been applied in cases concerning the two Amendments.

Lastly, there has never been a successful prosecution under the Logan Act, and the most recent indictment was over 200 years ago. Because of this, the legal doctrine of “desuetude” could come into play, which allows statutes to expire if they are never enforced. There have been numerous allegations of Logan Act violations over the years, levied against figures including Herbert Hoover, George McGovern, Jesse Jackson and Nancy Pelosi, but none of these accusations ever came to fruition.

Senator Rand Paul (R-KY) has pointed out his own, ideologically consistent reasons for signing the letter: he wants President Obama to remember the separation of powers (which Obama has so often neglected) while also granting to the President more power in negotiations. Paul has stated that the latter would be accomplished because both the Iranians and Obama are more likely to work towards a good deal if they know that “hard-liners” in the Senate are going to be extra skeptical when it comes to a vote.

The junior senator from Kentucky has consistently been in favor of diplomacy over aggression, and his nuanced logic makes sense in the face of more neo-conservative fervor within his party, which has for years been in favor of military intervention in Iran.

Each of the 47 Senators who signed on to the controversial letter has his or her own reasoning for doing so, but there is no doubt that they were all acting within the powers granted to them by the Constitution. Politics makes strange bedfellows, and this is no more apparent than in this legislative action. In this letter, we see a union between Republicans old and young, and from all over the political spectrum. They have all sent a clear message to President Obama: that it’s his turn to make a move, and that they will not stand by idly as more power is funneled into the Executive Branch.