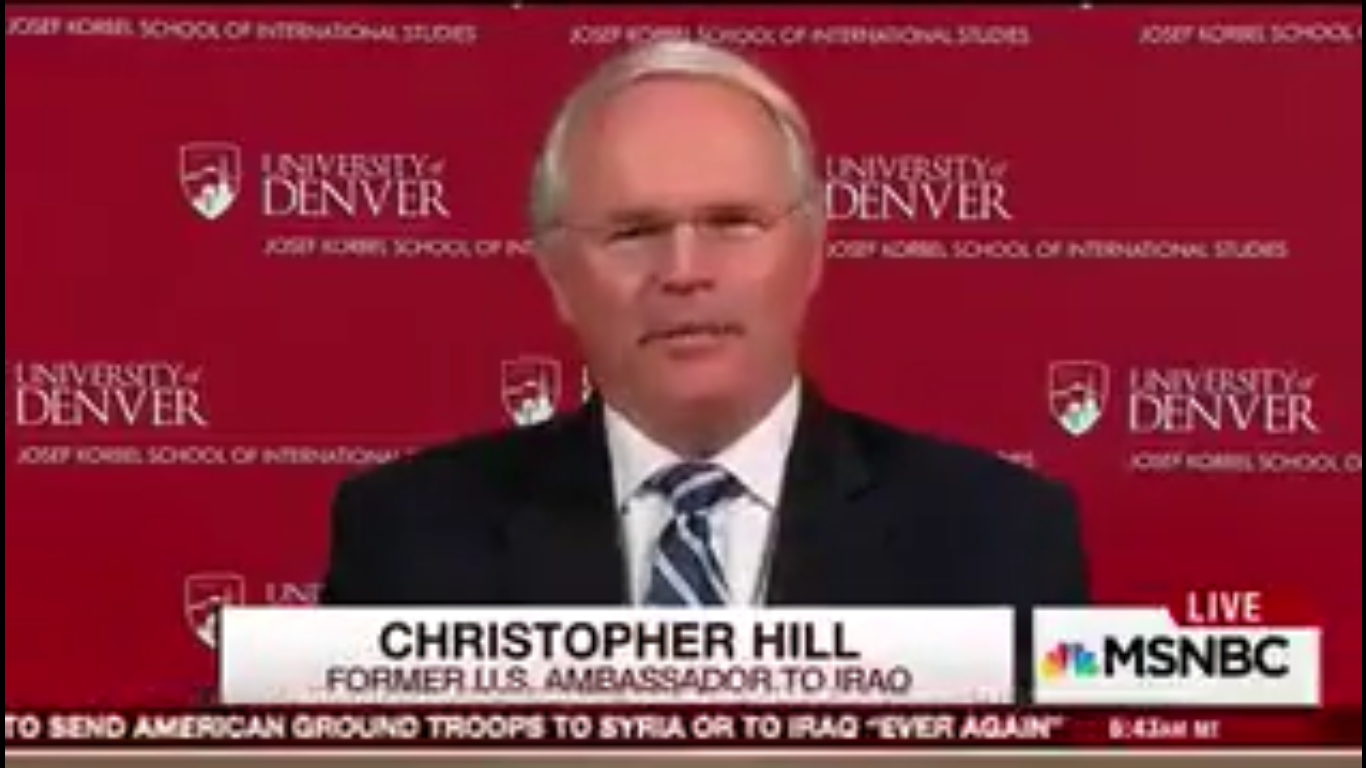 Immediately following the aftermath of Gary Johnson and his issue answering the “What is Aleppo?” from MSNBC’s Mike Barnicle, fellow MSNBC host Joe Scarbourgh continued the conversation by speaking about the faux pas with foreign policy expert, Christopher Hill.

Hill explained his awe, “I’m still trying to get my mind around that one. You know in foreign affairs, there is a lot of inside baseball, that I don’t expect everyone to understand or follow, but he capital of ISIS. Especially in the news in the last two days, but for the last two years. And for him [Johnson] to draw that kind of blank…”

The issue? Aleppo is a heavily war torn city in Syria, and an epicenter of the Syrian civil war. It is not the capital of ISIS, which would be the city of Raqqa, which is also in Syria.

Listen to Hill criticize Johnson for not knowing about Aleppo, only to not know about Aleppo himself.

Gary Johnson did put out an official release about the statement earlier this morning, as reported by The Libertarian Republic and which can be read here.