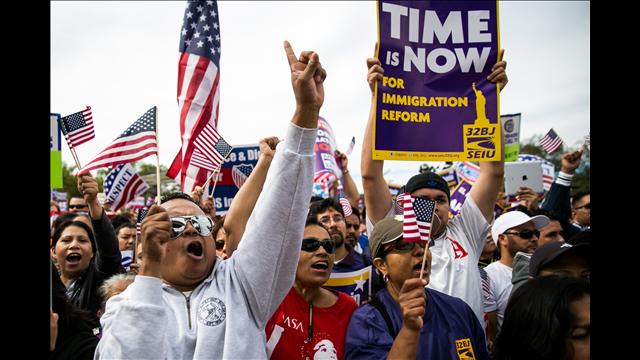 Authorities arrested the lawmakers for creating a disruption around the streets of the Capitol during the rally. 200 people were arrested along with the legislators for causing disorder.

“I thank you for subscribing to the idea: Don’t agonize, organize,” Rep. Pelosi said, “Let us act without further delay, let’s get a vote on the Floor…because the time for immigration reform is now.”
“Si se puede,” she yelled — “Yes we can.”