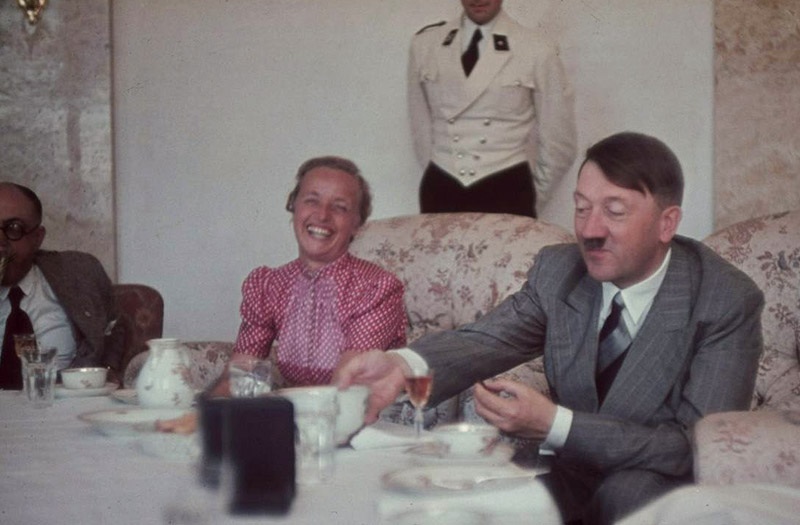 (This article originally appeared on the Commentator in January of 2013)

A young, attractive couple joined my group of dedicated liberty activists for cocktails and dinner one night in downtown New York City in the late summer of 2011.

The man, we’ll call him “Sven”, a handsome blonde of Germanic descent, and his similarly beautiful corn silk-haired girlfriend had been invited to join my friends and I in discussion and debate for the evening. We were all classical liberals, fighting for freedom from oppressive government, for civil rights, liberty and free markets for all.

But that’s not what one young man at the party believed.

As the presidential political season approached and the re-election of Barack Obama signaled that there would be no hope for change in leadership, the modern American libertarian movement found itself in a difficult position.

The campaign of Republican presidential candidate Ron Paul had inspired hordes of free market youth activists, including this author, to his banner. The movement was composed of people from all ages and backgrounds and there was really only one thing that united all of them together, the belief in individual rights and personal liberty.

This was the second effort for many of these young men and women who had cut their teeth on the 2008 version of the Texas congressman’s campaign for the White House.  Noted organizations such as the Campaign for Liberty, Young Americans for Liberty, and the now International Students for Liberty took root and have seen rapid growth across the nation. The total result of this movement has been to create a mini-industry centered on the ideas of limited government and personal freedom. We have our heroes and villains, our clowns and our workhorses. It’s really quite remarkable.

One self-proclaimed hero (that is up for debate in the community) is a man by the name of Alex Jones, whose conspiracy theory rants are broadcast into millions of homes on a daily basis. Jones is a radio broadcaster whose shows feature stories on how the US government is building camps, presumably to intern Americans in event of national disaster, and that the terrorist attacks of 9/11 were an orchestrated attack carried out by elements within our own government.

Jones was recently made known to the world through an appearance on CNN’s Piers Morgan show where his maniacal rants and ad hominems painted the British host a perfect stereotype of the gun-toting lunatic American. Although Jones has taken steps to personally distance himself from the worse of anti-Semitism; it’s an open secret that his online forums cultivate and harbor the worst kind of backwards thinkers and rage filled racists in the world of political discourse.

During those Tea Party takeover years of 2007 to 2010, American libertarians rose up and either established or blatantly took over major institutions (including my own). There has always been a small element of this conspiracy fringe that has occupied a portion of the debate at events and online suggesting that the president was not born in America, or that he is secretly a Muslim.

Many of these people are simply what you might consider garden-variety conspiracy theorists and are relatively benign. However there are some who are much more and they are dangerous. This is how I met Sven.

I broke the ice with Sven and his girlfriend while another of our crowd ordered us drinks at the bar. It didn’t take long for the conversation to switch to politics. The history of foreign policy came to the forefront. We talked about our belief in free markets, limited government and a non-interventionist foreign policy. It was then that I learned something interesting about our new friend. Sven revealed that he believed the world would have been a better place if Hitler had won World War 2.

I blinked and laughed assuming he must have been joking, but he just stared at me with those steely blue eyes and didn’t laugh back.

I leaned forward and asked in hushed tones… “Are you a Nazi?”

He smiled… and nodded.

Sven confessed that his heart ached for what happened to Germany after the war.  “We were a great people once until the Communists took over. We were on our way to becoming the greatest empire the world had ever seen. And you Austin, you are of Germanic descent. Your nation took the side of the Soviets against us and look what it brought you.”

“But… what about the Jews?” I asked. He shrugged. “Why do you care about the Jews? They were and still are a problem. They are the ones behind the Federal Reserve that you despise. The Jews attacked an American ship, the USS Liberty. Why would you defend them?”

I couldn’t hide my disgust and the atmosphere at the party immediately grew cold. This was no ordinary kook that could just be written off as a simple lunatic. This was an articulate, supposedly intelligent and well-spoken defender of the tenets of National Socialism. My stomach may have turned, but my heart and my resolve hardened.

I feel deeply as a libertarian that all people must be protected from tyranny and genocide. I secretly promised myself I would do whatever it takes to make sure that people like Sven would never be associated with the message of liberty. Libertarianism is not a philosophy compatible with racial hatred. National Socialism is in no way compatible with liberty and defenders of freedom must repudiate these philosophies to make a clear distinction between them. There is no room in the freedom revolution for those who advocate for racial hatred or eugenics. There will be no liberty for some if there is no liberty for all.

When William Buckley attempted his famous purge of John Birchers from the conservative movement in the 1960’s he received a hellish backlash from many of his supporters and major donors. Although he knew that there would be no way for his movement to succeed in beating back the Social Democrats with the conspiracy theorists tagging along, he took strong action anyway to stand against what he saw as a group dedicated to discrediting his cause. He ultimately succeeded and the American conservative movement was able to regain its footing scoring major victories in elections in the coming years. The American liberty movement desperately needs to clean its own house if it plans on moving forward with policies of ending the Federal Reserve and foreign aid.

For my part in standing up to would be totalitarians and racists, I have earned the scorn and derision from people who think I have now become a part of a conspiracy.

As I write this, I am currently enduring blistering hatred and criticism from many who have called me friend in the past.  I have done everything in my power to educate my fellow citizens, even participating in a public debate where I provided actual evidence of real conspiracies to prove to them how critical thinking works and what the differences are between actual conspiracies and conspiracy theories. But it has been an uphill struggle. And for my trouble I have received death threats and have had my personal information sought out and exposed to the public.

It is strange that some Nazis believed that they could hide behind the message of liberty when many of the great minds that pioneered our Austrian system of economics were Jewish or spoke out against Nazism directly.

Murray Rothbard, a Jewish libertarian himself was inspired by Ludwig von Mises and went on to help found America’s third largest political party, the Libertarian Party. Rothbard was extremely prolific in his defense of the individual versus the state. His brand of libertarianism is often referred to as “anarcho-capitalism”, a philosophy devoted to the advocacy of a totally voluntary society free from coercion and state monopoly. In other words, it is the total opposite of National Socialism.

Friedrich Hayek was a Nobel Prize winner in economics, although not a Jew was credited as a founding father of the modern American liberty movement. He wrote in his famous book  “The Road to Serfdom” is about how authoritarian regimes come to power. Hayek used the Nazis as his backdrop for a depressingly real story of how a democracy can turn into fascism as a result of flawed ideas and hyper-nationalism.

Ludwig Von Mises was an Austrian Jew who fled Switzerland in the 1940’s before the Nazis could persecute him. His work “Omnipotent Government” offered harsh treatment of the Third Reich stating: “Nazism conquered Germany because it never encountered any adequate intellectual resistance.”

I am determined to ensure that the warnings of men such as these do not go unheeded today. After all, all it takes for evil to triumph is for good men to do nothing. And though I may be persecuted for taking a stand; even if I stand alone I believe that one man, with courage, makes a majority.

To Hayek. To Mises. To Rothbard.