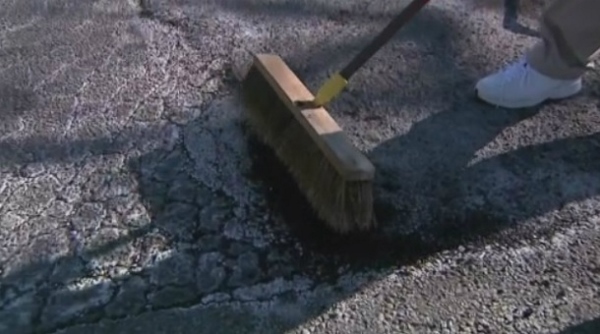 “Pothole vigilante” takes matters into his own hands

Frustrated by all the potholes in his neighborhood, a Long Island man has started filling them up himself.

“I had a huge pothole right here in front of my house and they told me that I could’ve found another way of going around it to getting into my driveway,” Bob Fitzgerald has said. “So that’s when I started fixing it.”

While Fitzgerald’s pothole vigilantism has earned him the ire of authorities, his neighbors are grateful. “He’s definitely going to heaven” one told CBS New York.

Using the creation and maintenance of roads to illustrate the importance of a central government is the easiest way to annoy many libertarians. Historically, of course, many roads have been built by private businesses. In the 19th century, for example, there were more than 80 such turnpikes built-in just the state of New Hampshire.

Additionally, many people are unaware of how frequently voluntary exchange gives rise to free services. When libertarian writer Tracey Zoeller decided to look for examples of private goods that were freely available to the public, he was able to find a free private street, park, and museum all minutes away from his home.