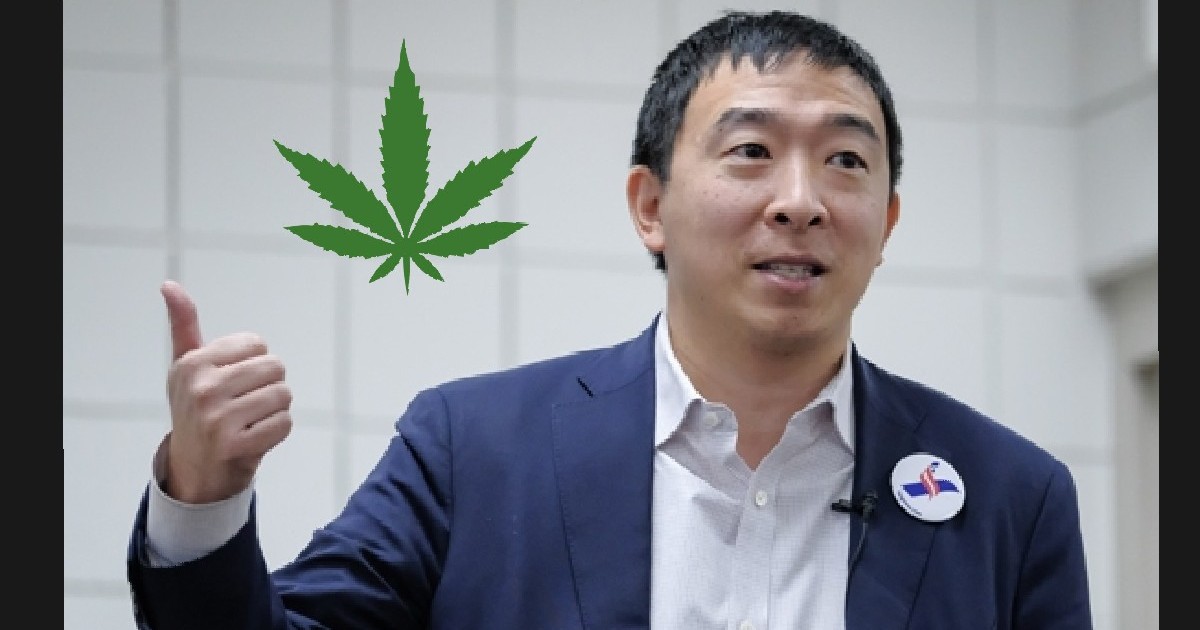 Democrat presidential candidate Andrew Yang called for non-violent drug offenders to be pardoned while addressing a large crowd of supporters in New Hampshire, on Friday, calling the initiative a “mass pardon.”

This promise fits neatly into what has thus far been a pro-legalization campaign Yang’s part. His campaign website calls for full-scale legalization of cannabis.

“Americans now recognize just how broken our mass incarceration system is and how much progress we need to make,” Yang told the NH crowd. He promised the same mass pardon earlier this year via Twitter, on Apr 20.

I’m for full legalization of marijuana. I would go a step further and on 4/20, 2021, exactly 2 years from today, I would pardon everyone who’s in jail for a low-level, non-violent marijuana offense and I would high five them on their way out of jail. 👍 pic.twitter.com/Q8txZNa2I1

Calling for such strong reforms is a popular position to take. According to a recent CBS News poll, 65% of the country supports legalizing the mostly-benign drug, including a majority of Republicans (56%).

[RELATED: #YangGang Over the Moon as Elon Musk Tweets Support for Andrew Yang]

This would be a prudent position for more candidates to take if they want to increase their support among young voters, as that same poll finds that 72% of voters ages 18 to 34 support legalization.

This move comes on the heels of fellow candidate Tulsi Gabbard releasing a video calling for federal legalization as well, calling the continued criminalization of pot “un-American.” Although most of the Democratic field supports legalization, Yang and Gabbard have now both made the drug war a focal point of their policy.

President Trump’s chances of re-election would be helped by adopting a similar position, especially among Independents that he so desperately needs to win over, who support legalization to the tune of 71% approval.

American support for legalization has enjoyed a recent surge in the polls. According to Gallup, the measure has doubled it’s support base since 2000, showing the public support of liberty-oriented policy is only going up.

And that is good news for everyone.