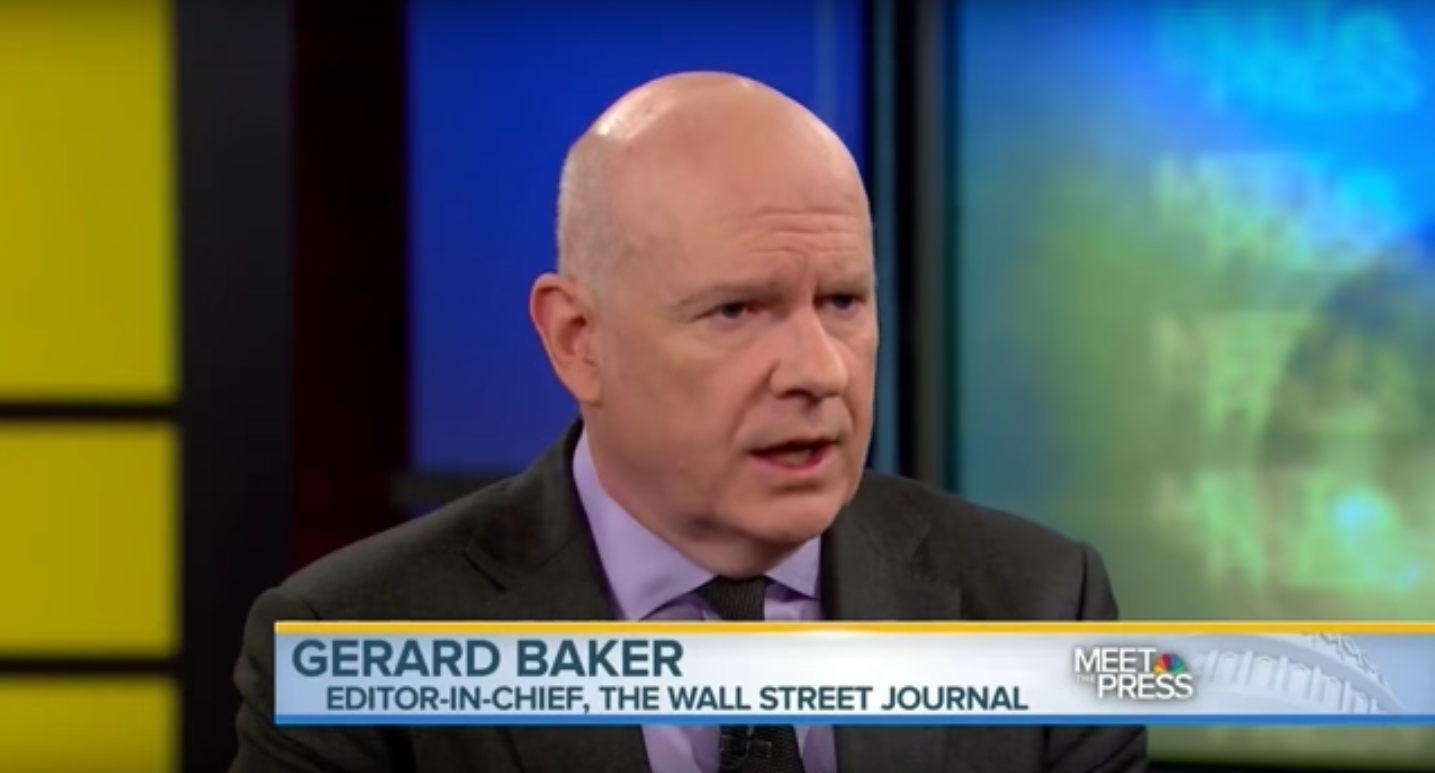 Wall Street Journal editor in chief Gerard Baker told his reporters Monday the paper would not abandon objectivity in its coverage of President Donald Trump, and directed them to find work somewhere else if they want to adopt a more oppositional tone.

“It’s a little irritating when I read that we have been soft on Donald Trump,” he told his reporters and editors, a source at the newsroom meeting told The New York Times. Baker held the meeting ostensibly to have a casual conversation on the editorial direction of the paper, but it was held on the heels of reports the newsroom is in turmoil over the Trump coverage.

The Trump coverage is “neutral to the point of being absurd,” one source inside the newsroom recently told Politico. Criticism peaked when Baker sent a memo to staff instructing reporters and editors to tone down the use of “loaded” language in coverage of Trump’s immigration ban. (RELATED: WSJ Reporters Complain The Paper Won’t Join In Trump Circus)

Baker strongly defended his paper’s coverage as objective in the meeting, going so far as to read from a list of past WSJ headlines compiled to refute the criticism. He suggested it is other outlets such as The New York Times that have abandoned fair reporting standards and objectivity — not The Wall Street Journal — and that those standards aren’t going anywhere.

Some journalists at other outlets have openly criticized the idea of treating Trump and his former Democrat opponent Hillary Clinton equally in the press. In an amazing justification of this kind of blatant bias, New York Times columnist Jim Rutenberg described the thinking behind this new “norm” of objectivity.

“If you view a Trump presidency as something that’s potentially dangerous, then your reporting is going to reflect that,” he wrote. “You would move closer than you’ve ever been to being oppositional. That’s uncomfortable and uncharted territory for every mainstream, nonopinion journalist I’ve ever known, and by normal standards, untenable.”

Kevin Brady: Koskinen Is The ‘Most Corrupt’ IRS Commissioner I’ve Worked With