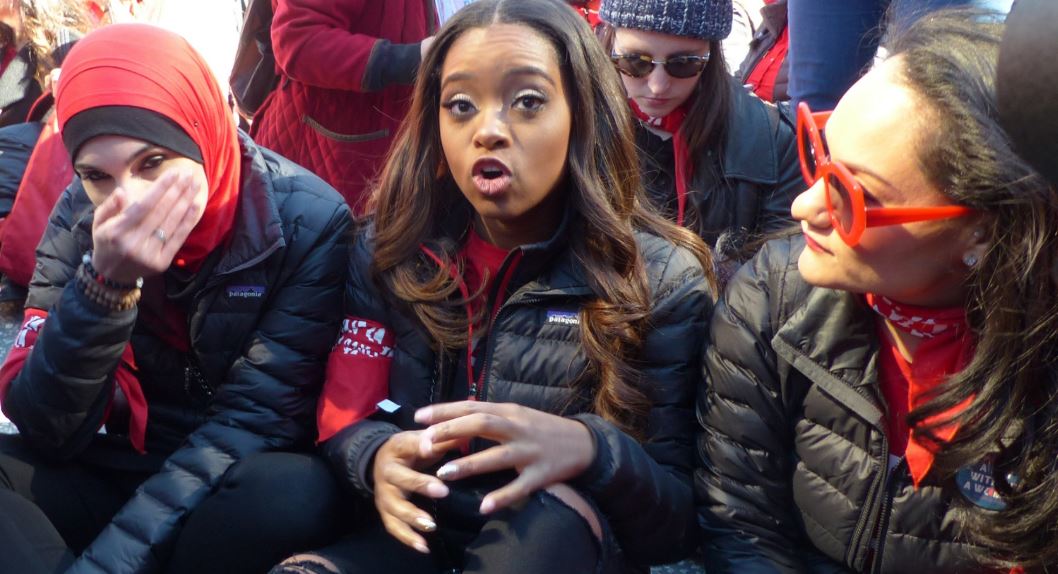 Nearly a half-million people turned out at the Women’s March in Washington, D.C., on Jan. 21, 2017 to “send a bold message” to the incoming presidential administration. It probably never occurred to them that they might be marching for something worse than that which they were marching against.

New York Times editor Bari Weiss, in a column Tuesday bearing the headline “When Progressives Embrace Hate,” took a close look at the women who organized the effort. And what’s behind the curtain is not pretty.

If anyone doubts that “hate” is an accurate term, take a look at what Weiss writes about the four women— Tamika Mallory, Bob Bland, Carmen Perez and Linda Sarsour—behind the march.

Actually, check that. Let the women tell you themselves, which is precisely what Weiss does. She starts with Sarsour:

“Nothing is creepier than Zionism,” she wrote in 2012. And, oddly, given her status as a major feminist organizer, there are more than a few that seem to make common cause with anti-feminists, like this from 2015: “You’ll know when you’re living under Shariah law if suddenly all your loans and credit cards become interest-free. Sound nice, doesn’t it?” She has dismissed the anti-Islamist feminist Ayaan Hirsi Ali in the most crude and cruel terms, insisting she is “not a real woman” and confessing that she wishes she could take away Ms. Ali’s vagina — this about a woman who suffered genital mutilation as a girl in Somalia.

This seems insensitive and, well, stupid. But is it “hateful”? Hold on; we’re just getting started.

More recently, Weiss points out, the official Twitter account of the Women’s March tweeted out support for Assata Shakur. When Jake Tapper pointed out on Twitter that Shakur is a fugitive cop killer, Sarsour accused the CNN correspondent of joining “the ranks of the alt-right to target me online.”

“Since when did criticizing a domestic terrorist become a signal issue of the far right?” Weiss asks. “Last I checked, that position was a matter of basic decency and patriotism.”

Sadly, it only gets weirder from here. Weiss turns her attention to Perez and Mallory.

“Ms. Mallory, in addition to applauding Assata Shakur as a feminist emblem, also admires Fidel Castro, who sheltered Ms. Shakur in Cuba. She put up a flurry of posts when Mr. Castro died last year. ‘R.I.P. Comandante! Your legacy lives on!’ she wrote in one. She does not have similar respect for American police officers. ‘When you throw a brick in a pile of hogs, the one that hollers is the one you hit,’ she posted on Nov. 20.

If praising cop killers and dictators is not enough for you, alas, we’re still not done.

Weiss shows that Mallory and Perez also gush over Louis Farrakhan, the man who praised Hitler on national television as “a very great man” and called Judaism a “gutter religion.” Oh, he is also an unapologetic racist who said that “white people deserve to die.”

Regardless of your political or ideological persuasion, I recommend reading Weiss’ article in its entirety.

What’s striking is that the vitriol is so transparent. These women were not surreptitiously recorded or accused of saying vile things; they were publicly praising cop killers, mass murders, and unapologetic racists.

This is not to suggest that hate is confined to the left; we know it’s not. Nor is the goal to impugn the many fine people who marched in the Women’s March earlier this year. I, like most people, know people who were there. They were without exception good people who believed they were marching for unity.

But the true character—and the true motivations—of those who organized the Women’s March needs to be exposed. The New York Times did just that, and they deserve credit.

Read the article. Read what Mallory, Perez, and Sarsour stated publicly. Then ask yourself if you believe it’s truly unity and peace they seek.

Are Race, Class, and Gender Tainting Our View of History?