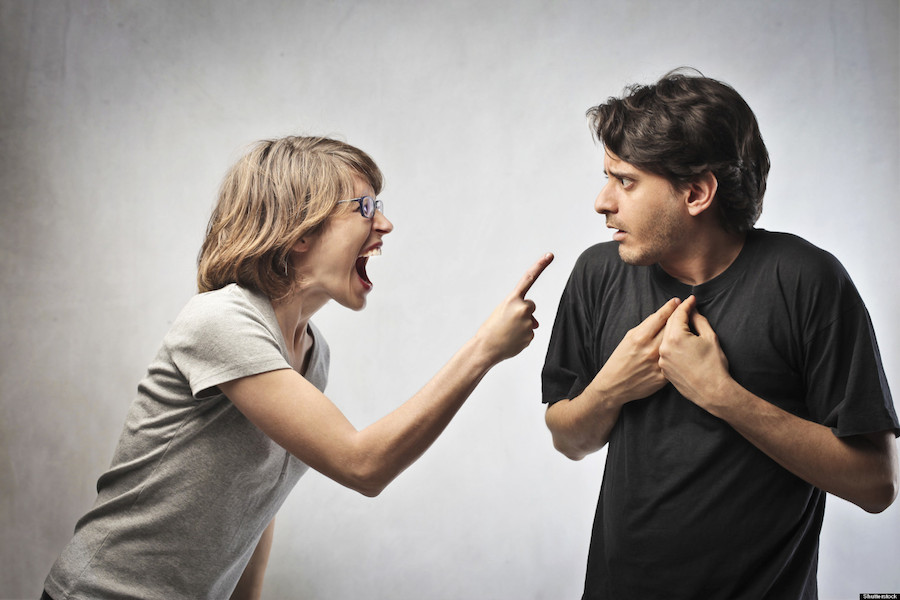 Scientists at Sprout pharmaceutical are feverishly working on a female version of Viagra to counter low sex drive in women. Uber feminist pot-stirrer Jessica Valenti‘s recent article lays the blame for lack of interest in sex squarely on the male gender, but the reality is probably the opposite.

Sprout’s female libido pill has been rejected twice over fears that it doesn’t work, and that makes sense. There’s probably not much that can be done about the biological reality of women’s rapidly diminishing sexuality after age 30. Valenti is probably correct that men’s lack of interest in foreplay could have something to do with it, but as women’s looks degenerate as they approach “the wall”, there’s a high likelihood that men will be less interested in pre-sexual play.

Where Valenti is wrong, however, is in the accusation that men aren’t willing to try things that might scare them. Valenti links to an article about “pegging” where women express their frustrations that men won’t let them strap on a sex toy and perform back door action. I’m sure there are plenty of men who would, but they’re called homosexuals generally. And of course there are probably many straight men who are willing to do that if the woman can convince him that it turns her on. But again, once a woman approaches that delicate age where her libido is dropping enough to need a pill and that kind of aggressive stimulation, men generally would prefer to move on to younger, less psychologically damaged women.

Valenti also errs in her accusation that men are lazy in sex. I can imagine there must be a few fat, drug or alcohol addled males that might not be the most generous of lovers. But the reality is that women are probably far worse in bed, in part because society shames them for their sexual proclivities, their advancing age causes hormone loss, and also possibly because the more attractive a woman is, the less likely she will be a good lover.

Pretty girl privilege means that since these attractive girls will never have to work that hard for anything in their life, they’ll also be less likely to be a decent lay. Why? Because when you have a plethora of sexual partners willing to do whatever you want, why should you want to try hard? Of course, if a woman is less attractive, she’s likely to be better in bed, and be more willing to please a man, since she has to work harder for it. It’s widely known among men that attractive girls are lazier in bed.

“If you want to be happy for the rest of your life, never make a pretty woman your wife…”

Valenti cites feminist writer Amanda Marcotte when she claims that sexuality is frequently built around male tastes and desires, which may have been the case at one time, but not in modern society.

Does anyone think that 50 Shades of Grey, or films like Magic Mike, or the new body standards for men in Hollywood don’t portray an increasingly gyno-centric culture?

“A decade or so ago, Stallone and Van Damme and Schwarzenegger were the action stars,” says Deborah Snyder, who produces husband Zack Snyder’s films: 300, Man of Steel, the upcoming Batman vs. Superman movie. “Now we expect actors who aren’t action stars to transform themselves. And we expect them to be big and powerful and commanding.”

For much of Hollywood history, only women’s bodies were objectified to such absurd degrees. Now objectification makes no gender distinctions: Male actors’ bare asses are more likely to be shot in sex scenes; their vacation guts and poolside man boobs are as likely to command a sneering full-page photo in a celebrity weekly’s worst-bodies feature, or go viral as a source of Web ridicule. A sharply defined inguinal crease – the twin ligaments hovering above the hips that point toward a man’s junk – is as coveted as double-D cleavage. Muscle matters more than ever, as comic-book franchises swallow up the box office, in the increasingly critical global market. (Hot bodies and explosions don’t need subtitles.) Thor-like biceps and Captain America pecs are simply a job requirement; even “serious” actors who never aspired to mega-stardom are being told they need a global franchise to prove their bankability and land Oscar-caliber parts.

“If I wasn’t playing some young hero who can swing a sword, I wouldn’t care what my upper body looked like,” says Kit Harington, who wields heavy metal in both Game of Thrones and the new Pompeii, roles he prepped for with twice-daily training sessions and “stupid amounts of protein.” Says Harington: “Playing these hard warriors, it would be a mistake to not look muscle-y.”

Even the type of muscle has changed. “In the Eighties, it was the bigger, the better,” says director Tim Burton. “Think of that shot from Rambo of Sly holding the machine gun and the veins in his forearms bulging.” Actors rarely bulk up like that anymore; they’re all trying to be Tyler Durden.

But medicalizing what seems to be an overwhelmingly social rather than physical problem because it’s easier than dealing with the messy, complicated world of authentic female sexuality, the normalization of male-centered sexuality and how sexism works within both … well, there’s just no pill for that one. It requires good, old-fashioned work.

I couldn’t agree more that medicalizing a social problem is troublesome. And it is wrong that women aren’t given the space to explore their sexuality as freely as males. We should work to change that, absolutely. But there’s no amount of work that will turn back time, and go back to a day when women were younger, more desirable, and more likely to be engaged by men whose sex drive could meet the standards of their fading libidos. Unless of course, there is a pill that could reverse aging. Then we might have an actual medical solution.