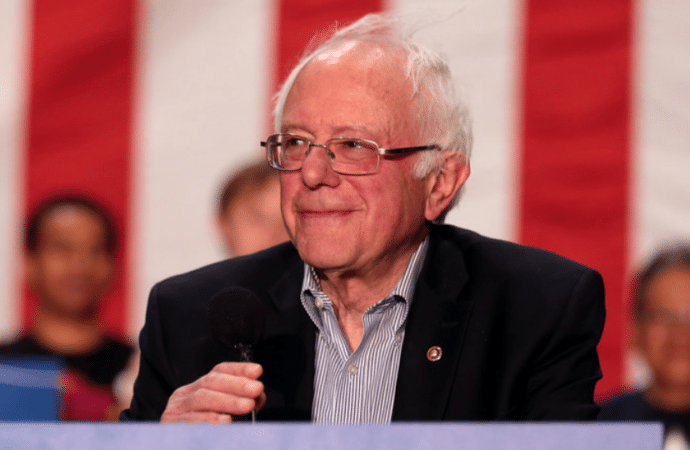 The Dec. 29 international print edition of the Tehran Times, which describes itself as the “voice of the Islamic Revolution,” described Sanders as “wiser than most” American politicians.

An article denigrating Israel said the Jewish state’s “umbrella of American support” is “NOT likely to go away significantly unless people wiser than most in the U.S. government now somehow manage to win in upcoming elections. People like, say, Bernie Sanders, a Jew no less.”

After Sanders launched his presidential campaign Feb. 2019, Iran’s PressTV ran an article playing up his chances of winning. The article cited a fringe anarchist writer to say that Sanders could beat Trump in the 2020 election.

Another PressTV article in May of this year accused the Democratic Party of seeking to sabotage Sanders’s candidacy by any means possible, including throwing the election to Trump.

A September article in Mehr News, which the New York Times describes as a “semi-official” mouthpiece, stated that “if Sanders were to reach the final round of the 2016 presidential competitions, he could have defeated Trump and enter the White House. Sanders, however, was the victim of Democrat leaders and Hillary Clinton’s secret lobbies.”

Mehr and the Islamic Republican News Agency (IRNA) have also promoted statements from Sanders in which he blames Trump for tensions with Iran.

“US Senator and 2020 presidential candidate Bernie Sanders has condemned President Donald Trump for ordering the assassination of Iranian Major General Qassem Soleimani, warning that the killing will destabilize the region and puts the US on the path to another war,” read a Jan. 3 article by PressTV.

The article noted that Sanders had “[p]erhaps the most forceful condemnation” of the U.S. strike on Soleimani, who was responsible for the deaths of hundreds of American service members.

Sanders, whose campaign didn’t return a request for comment by press time, has been the beneficiary of Iranian propaganda in less obvious ways as well.