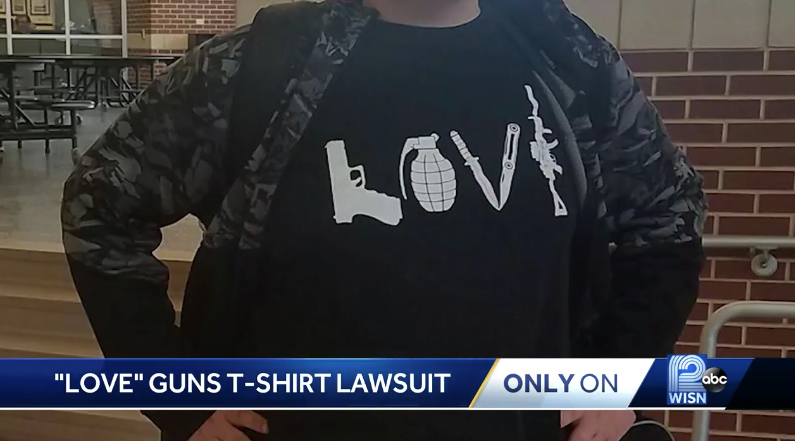 High school freshman Matthew Schoenecker from Wisconsin is now involved in a federal case against his school after the staff punished him over his pro-gun wardrobe.  School officials warmed Schoenecker before spring break and he believes the First Amendment protects his right to wear the t-shirts featuring knives, guns, and grenades. The Pro-Gun group Wisconsin Carry is funding the lawsuit.

“I enjoy shooting, and I enjoy the Second Amendment, like the right to keep and bear arms,” Matthew said.

Matthew and his parents were told before spring break that he could no longer come to school wearing a T-shirt portraying guns, bombs or grenades. When he went to school Friday with a gun T-shirt on, he was sent directly to the principal’s office.

“It was his choice, whether he wears it or not. He decided ‘I’m gonna wear this. It’s my right.’ When I heard about it, I was a little upset of course, and said we got to get down there and see what’s going on,” said Matthew’s father, Brian Schoenecker. 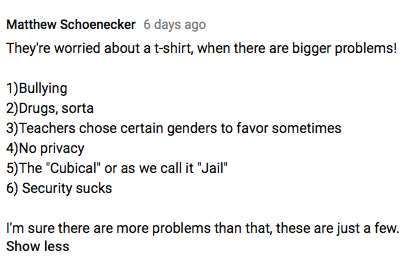 Stay tuned for any possible updates on this intriquing story. Do high school students the have a right to wear pro-gun and Second Amendment clothing to school?  Let us know in the comments.