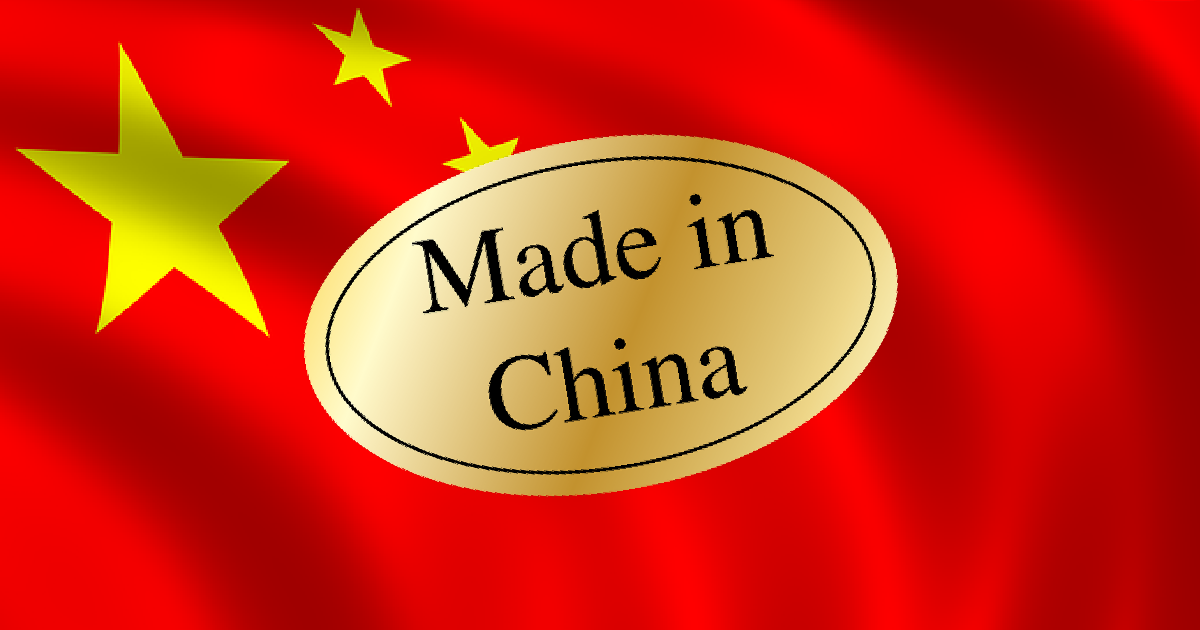 FEE readers understand well the destructive economic effects of Trump’s tariffs. More than economic prosperity is at stake; the survival of humanity may depend on continuing to grow trade between the US and China.

Harvard professor of government Graham Allison has made a career of examining how government decisionmakers and bureaucracies respond to a crisis. His book, Destined for War: Can America and China Escape Thucydides’s Trap?, is based on findings from the Thucydides’s Trap Project at Harvard. The project identified and studied sixteen cases in the past 500 years “in which an ascending power challenged an established power. Twelve of these rivalries resulted in war.”

Thucydides was a Greek historian who chronicled the devastating wars between Athens and Sparta in the fifth century BC. Historical lessons are sobering. Today we are watching the United States and China fall into Thucydides’s Trap.

Thucydides’s Trap occurs when a rising powerful nation challenges an established nation, and fear on the part of the established nation leads to war. Thucydides observed this about ancient Greece: “It was the rise of Athens and the fear that this instilled in Sparta that made war inevitable.”

During the Peloponnesian Wars, Athens was the upstart and Sparta the existing dominant power. They were strikingly different, culturally and politically. The upstart Athens demanded respect from Sparta. Allison writes:

Like so many others, Athens believed its advance to be benign. Over the half century that preceded the conflict, it had emerged as a steeple of civilization. Philosophy, drama, architecture, democracy, history, and naval prowess—Athens had it all, beyond anything previously seen under the sun…. As Athenian confidence and pride grew, so too did its demands for respect and expectations that arrangements be revised to reflect new realities of power.

Yet, Allison writes, the Spartans saw “the Athenian claims as unreasonable, and even ungrateful”:

Who, Spartans rightly asked, provided the secure environment that allowed Athens to flourish? As Athens swelled with a growing sense of its own importance and felt entitled to greater say and sway, Sparta reacted with insecurity, fear, and a determination to defend the status quo.

It was not as though thoughtful men didn’t work toward peace in ancient Greece. Yet, false beliefs lead to disaster. Thucydides writes,

In many cases men have been able to see the danger ahead of them. But they have surrendered to an idea that seduced them into an irrevocable disaster . . . by their own folly rather than their misfortune.

The False Belief of National Supremacy

Both are driven by a common ambition: to make their nation great again. Identify the nation ruled by the other as the principal obstacle to their dream. Take pride in their own unique leadership capabilities. See themselves playing a central role in revitalizing their nation. Have announced daunting domestic agendas that call for radical changes. Have fired up populist nationalist support to “drain the swamp” of corruption at home and confront attempts by each other to thwart their nation’s historic mission.

If Trump has narcissistic visions for America, so, apparently, does Xi. Allison writes:

At the core of these national goals is a civilizational creed that sees China as the center of the universe. In the Chinese language, the word for China, zhong guo (中国), means “Middle Kingdom.” “Middle” refers not to the space between other, rival kingdoms, but to all that lies between heaven and earth.

Allison observes that in the Chinese narrative, “the rise of the West in recent centuries is a historical anomaly, reflecting China’s technological and military weakness when it faced dominant imperial powers.”

Echoing Trump rhetoric, irate that China is being ripped off, “Xi Jinping promised his fellow citizens: no more.”

There is nothing wrong with pride and loyalty to one’s own country. The danger of conflict arises from the false belief that reality is zero-sum—someone must lose so someone else can win.

When the dominant power and the rising power both hold this same false belief, Thucydides’s Trap is set.

The Rise of China

Consider this narrative that Allison presented about China in 1980:

[China] looked as if it had been plucked from the distant past: vast, rural, unchanging, inscrutable, asleep. [Visitors] saw bamboo houses and crumbling Soviet-style apartment blocks, and city streets crowded only with throngs of bicycles, their riders wearing nearly identical drab Mao suits. Tourists who ventured across the water from Hong Kong saw the empty fields of Guangzhou and Shenzhen dotted with tiny villages. Wherever they went, Americans encountered grinding poverty: 88 percent of China’s one billion citizens struggling to survive—as they had for millennia before the Industrial Revolution—on less than $2 a day.

Looking further back, Allison writes, “In 1949, Chinese citizens could expect to die at the age of thirty-six, and 8 in 10 could not read or write. By 2014, life expectancy had more than doubled, to seventy-six, and 95 percent are literate.”

My heart is gladdened by these facts. I know that in the process of their own transformation, China has helped lift millions out of poverty all over the world.

Today in my mailbox were “proper shirts” ordered from UK shirtmaker Charles Tyrwhitt. These Tyrwhitt shirts were manufactured in China. They are available in a dizzying array of fits, patterns, and colors. Thirty-years ago, to receive the same Tyrwhitt quality, fit, and selection I would have had to go to a custom tailor and pay 10 times the price. Thank you, Chinese workers, for helping me look my best at a price I can afford.

Admittedly, my Tyrwhitt shirts are not a necessity. But for an impoverished American family trying to send their children off to school this fall in new clean clothes, the ability to buy affordable imports is a necessity. Thanks to Chinese workers, their children won’t be bullied because of tattered garments.

In the decades before World War I, the UK and German economies became so thickly interwoven that one party could not impose economic pain on the other without harming itself. Many hoped that this entangling web of trade and investments would prevent war. They were wrong. But when war did break out, the economic consequences for Berlin and London were extraordinary.

We can’t imagine a war between Ohio and Iowa not only because of economic interdependence but also because of a shared national identity.

We can never share a national identity with China, but we can share a human identity that is more powerful.

Allison writes, “Thucydides identifies three primary drivers fueling this dynamic that lead to war: interests, fear, and honor.” Honor is a “state’s sense of itself, its convictions about the recognition and respect it is due, and its pride.”

“States” can’t think or have a sense of themselves. Politicians can. And right now, Trump’s and Xi’s are clashing. But it is our own collective beliefs that give rise to our leaders.

My sense of honor demands I practice (not always successfully) and teach that love is more powerful than fear. Choosing love over fear is a mindset, not a behavioral instruction. For example, if you live in a city, it is prudent to lock your doors at night and defend yourself if attacked.

But China has not attacked us. Through trade, they have enriched us. Joseph Campbell has observed that there are moments when “you realize that you and the other are, in fact, one.” Campbell continues, “It’s a big realization. Survival is the second law of life. The first is that we are all one.”

Dennis Bakke, former CEO of AES Corporation, has defined love as “The unselfish and benevolent concern for the good of others.” Bakke observes that at AES, “It is love that allows us to treat each person in our organization with respect and dignity.”

The tide of war will stay offshore when we add love to thick economic interdependence. As Bakke would say, it is love that will allow us to treat China with respect. Trump is doing lasting damage as he leads us in the wrong direction. He has convinced some Americans that patriotism demands their sacrifice in a trade war with China.

What could be more unpatriotic than supporting policies that could impoverish millions? Allison would warn that if we don’t change direction, a future American president will be asking for patriotic support for a shooting war with China.

The economically illiterate are frightened. Their fear takes many forms. Some fear jobs are being lost. Others will project their own desire to rip people off and claim Americans are being ripped off. Still, others are self-proclaimed protectors of overseas workers. Believing that cruel capitalists are ripping off workers, they would deny these workers opportunities to build better lives for their families. Lessons from the history of our own great-grandparents have been forgotten.

The economically literate are lovers. They know in their hearts there is one human race, and when free to cooperate, human beings will trade, building a better and more peaceful life for all.