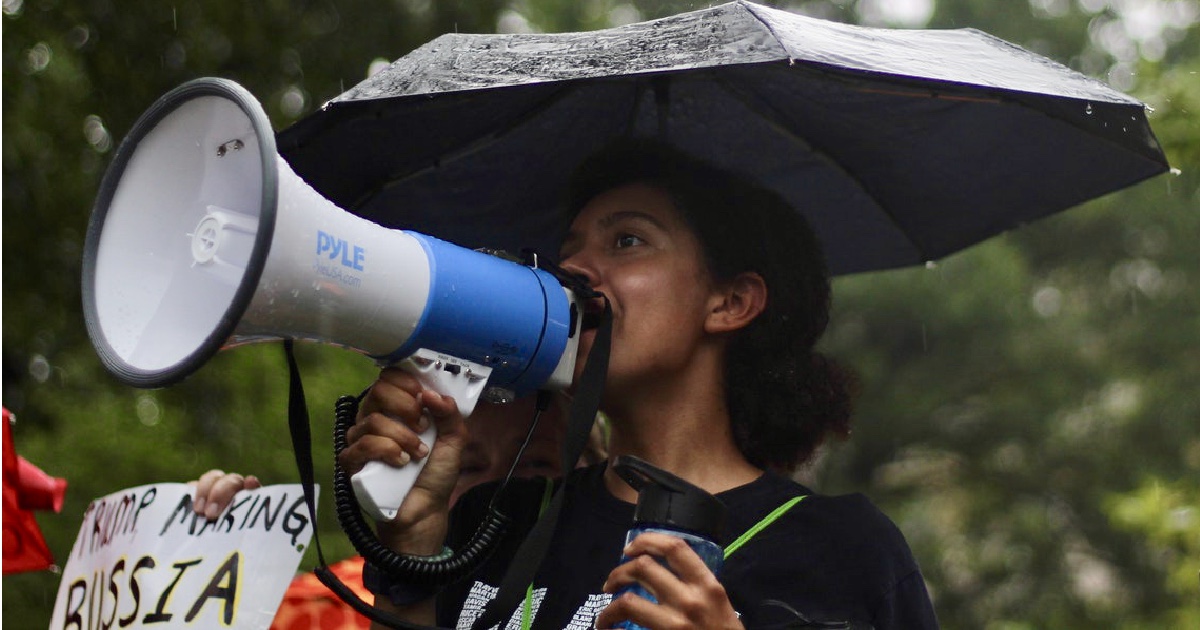 There are a lot of reasons behind the political polarization of the country and the deterioration of civic discourse.

I wonder if a lack of humility is one of them.

In his recent book, “The Death of Expertise,” national security expert Tom Nichols described a type of person each of us probably knows:

They are young and old, rich and poor, some with education, others armed only with a laptop or a library card. But they all have one thing in common: They are ordinary people who believe they are actually troves of knowledge. [They are] convinced they are more informed than the experts, more broadly knowledgeable than the professors, and more insightful than the gullible masses…

Interestingly, intellectual humility has become a hot topic in the field of personality psychology. In recent years, a spate of studies have emerged that highlight the important role it plays in our knowledge, relationships, and worldview.

So what happens when everyone thinks they’re smarter than everyone else?

Your Traits Determine Who You Are

Seeing someone’s personality as a constellation of traits goes all the way back to ancient Greece and Rome. Today, it’s widely accepted that personality traits have a strong biological and genetic basis that can be amplified or muted somewhat by experience.

Dozens of different traits have been studied by psychologists over the past 70 years. The relationships among these many traits are often distilled into five dimensions that have come to be known as the “big five”—“extraversion,” “agreeableness,” “openness to experience,” “conscientiousness,” and “neuroticism.”

Where an individual falls along each of these dimensions provides the skeleton for a personality, which can then be fleshed out with a plethora of other, more nuanced traits, like self-monitoring and locus of control.

Over the past few years, one of these peripheral traits, “intellectual humility,” has gotten a lot of attention, largely due to some pioneering research by psychologists Cameron Hopkin and Stacey McElroy-Heltzel.

A Willingness to Be Wrong

Hopkin and McElroy-Heltzel saw intellectual humility as a way to explore individual religious beliefs and how people manage religious differences in everyday life.

However, Duke University psychologist Mark Leary quickly recognized the potential relevance of this trait to a wide range of political and social issues and ended up conducting a series of influential studies to explore how the trait predicts our reactions to people and ideas that we disagree with.

Leary found that individuals who score on the high end of intellectual humility process information differently from those who score on the low end. For example, they’re more tolerant of ambiguity and they realize that not every problem has a single, definitive answer or outcome. When they hear a claim, they are more likely to seek out evidence and prefer two-sided, balanced arguments.

Unfortunately, most people do not score high on intellectual humility.

Leary discovered that when he asked the following question—“Think about all of the disagreements you have had in the last six months. What percentage of the time do you think that you were right?”—the average response was about 66 percent. It was rare for someone to report being correct less than 50 percent of the time.

Why so Little Humility Today?

Is there something about 21st-century American society that discourages intellectual humility—that, instead, seems to be incentivizing its exact opposite?

A suspicion of so-called “experts” and a contempt for science and rationality is a long-standing American tradition.

A new twist, however, is the splintering of news outlets and social media into echo chambers, where like-minded individuals reinforce each other’s worldviews, making it easier than ever to feel like you’re always in the right. We’re less likely to be exposed to facts or points of view that we disagree with, except when they’re shredded or dismissed within our own cyber-ecosystems.

Receiving daily affirmation of our opinions and intuition from TV and the internet naturally coaxes us into seeing ourselves as being pretty darned smart. This can be especially toxic when fused with a lack of respect for expertise.

What This Means for Our Politics

According to Leary, your political party or religion doesn’t correlate with higher or lower intellectual humility.

However, those with more extreme religious and political views do tend to score lower in intellectual humility. It is not yet clear if the average voter’s political views are becoming more extreme, but there is evidence that this may be true for those who are most engaged in the political process.

Furthermore, many voters seem to prefer leaders who are confident, decisive—and who do not change their positions on issues—the very qualities that can readily be found in those who lack intellectual humility.

In fact, studies have found that Republicans—but not Democrats—who are low in intellectual humility report being much less likely to vote for a politician who has changed his or her stand on an issue over time. So, woe be to the Republican office-seeker who has changed a position on an issue in light of new evidence, as the dreaded label of “flip-flopper” is all but certain to be applied.

There’s an irony to all of this: According to a recent study, people who possess greater intellectual humility actually have a superior grasp of general knowledge. They’re also less likely to brag about their intellectual prowess than low scorers.

This creates a quandary for politicians who score high in intellectual humility, as they may appear indecisive to others. After all, they’ll tend to weigh evidence carefully and take longer to reach a decision than a leader who just “goes with his gut.”

And because individuals who are high in intellectual humility are interested in finding out why other people disagree with them, politicians with this quality may not be perceived as “team players” and may be seen as too ready to compromise.

In an era where a premium is placed on party loyalty and taking a hardball approach to dealing with the opposition, this may come across as weakness.

The New York Times’ Jeremy Peters bemoaned that political anger and moral outrage are the only things that Americans really have in common anymore. Understanding the positions of our opponents, he noted, has become a lost art. A lack of intellectual humility is clearly one of the factors that handicaps our ability to engage in civil discourse.

And while there has probably never been an excess of intellectual humility in Washington, D.C., it’s rarely been as nakedly apparent as it is today.

Frank McAndrew is a social psychologist and a professor at Knox College. He has lectured widely throughout the United States and in countries ranging alphabetically from Denmark to Tanzania.

No, Justin Amash Won’t Be Hurt by Tariffs on China