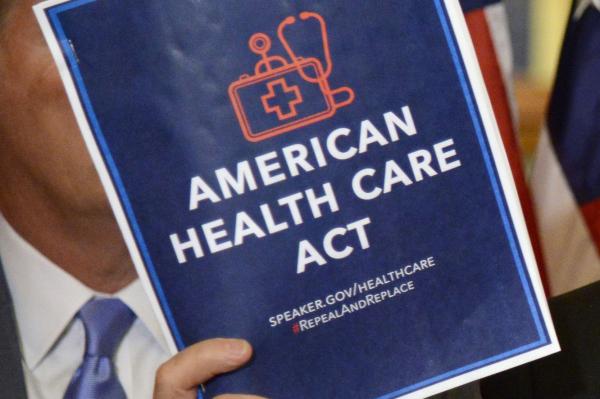 House Republicans finally passed a bill to change portions of the health care system Thursday, after years of campaigning on a platform to repeal and replace Obamacare.

Congress’ first attempt at passing the bill, known as the American Health Care Act (AHCA) of 2017, failed in late March. Since then, Republicans made a series of amendments to the bill to encourage certain conservative groups to support the bill without alienating moderates.

The bill will now go to the Senate, which is expected to revise some of the language. If the Senate passes a version of the AHCA, the House must again vote before the bill goes to the president.

One of the last-minute amendments to the health care act that brought a number of moderate Republicans on board is a system to subsidize premiums for people with pre-existing health conditions.

New Jersey Republican and Tuesday Group co-chair Tom MacArthur proposed an amendment allowing states to waive Obamacare’s Title I regulations, which means insurers could raise premiums for certain people with pre-existing conditions. In order to get other moderates on board, Michigan Republican Rep. Fred Upton introduced an amendment setting up an $8 billion fund “to ensure a strong safety net and reduce premiums, or other out-of-pocket costs, for those with pre-existing conditions.”

The $8 billion fund would be delivered over five years, from 2018 to 2023, to states that receive the waiver, but it’s not clear how the money would be distributed. The Department of Health and Human Services would set up and managed the fund.

The guarantee that people with permanent or pre-existing health problems could get insurance was a key promise of Obamacare, and President Donald Trump has repeatedly demanded that coverage for pre-existing conditions be included in the health care replacement bill.

“The [MacArthur] amendment is very clear: Under no circumstance can people be denied coverage because of a pre-existing condition,” House Speaker Paul Ryan says on his website.

The individual mandate is still ending — kind of

The newest iteration of the AHCA eliminates the tax on individuals who don’t have health insurance, known as the individual mandate, and lifts the Obamacare requirement that businesses with more than 50 employees must provide insurance for employees who work more than 30 hours a week.

Under AHCA, insurers would be allowed to impose a 30 percent surcharge on individuals on the marketplace exchanges who let their plans lapse for more than 63 days. Many conservatives panned the surcharge as the individual mandate with just a different name name.

Again, this provision would require the states apply for a waiver to let insurers charge a 30 percent fee for a year.

Eliminates or delays many Obamacare taxes and subsidies

The AHCA kills subsidies for individuals who make less than about $30,000 a year to cover out-of-pocket health costs, which more than half of all Obamacare recipients get. The subsidies would still be available until 2020.

The new AHCA still imposes the so-called Cadillac tax on employer provided, high-premium insurance plans that cost more than $10,200 for individuals and $27,500 for families. Originally, the tax was supposed to take effect in 2018, but it was then delayed to 2020. Under the new Republican plan, the Cadillac tax would take effect in 2026.

How Obama Really Feels About Watching Trump In The White House