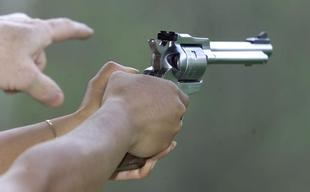 People across America are becoming more proactive about their safety. The slow response times of law enforcement are one motivating factor, while some feel being armed will help deter mass shootings.

No state has taken a more active stance than Washington. The rate for people practicing their right to carry is now higher than almost any state, beating the likes of Texas, Montana, and Florida. Between 2005 and 2012, residents in the Evergreen state tripled their numbers for concealed-carry permits.

Women in Washington have helped swell those numbers, applying for permits twice as fast as men in 2011. Now, almost half a million residents carry a firearm, and more than 100,000 of them are women.

Anette Wachter received her CPL (concealed-pistol license) three years ago out of a sense of obligation to protect herself.

“Women are realizing they can do more to protect themselves. It’s a fun, interesting, daring and empowering thing to do … know you may be able to protect yourself gives you a bit more confidence that you don’t have to be a victim.

Wachter’s comments reflect a growing trend across America in the wake of tragedies like the UCSB attack. These events have actually spurred people to take up arms rather than listen to gun control groups like Moms Demand Action. The group’s message of willful disarmament has been falling on deaf ears, especially after mass shootings occur. People are beginning to feel empowered by guns rather than intimidated, and that empowerment has led to a deeper respect for the 2nd amendment.

Should Mormons be libertarians? (VIDEO, PODCAST)