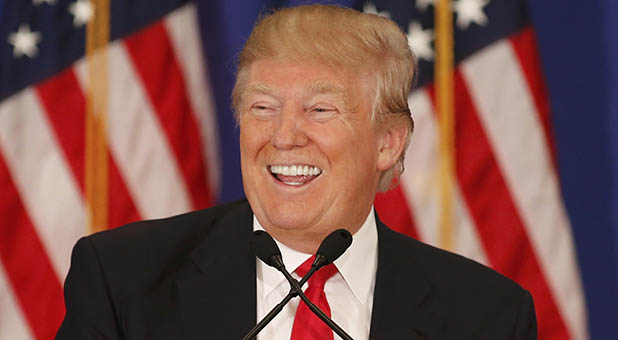 Dana Milbank, a writer for The Washington Post, believes President Donald Trump is literally killing him.

Milbank said he discovered Trump’s presidency is affecting his health after visiting the doctor for his first physical in 49 years, in an opinion piecepublished Sunday. Milbank said he had to report that he had not been feeling well recently.

“President Trump is killing me. No, really. He’s killing me,” Milbank wrote.

The WaPo writer said he has been suffering from fatigue, headaches, trouble sleeping, and chest pain. Milbank said his blood pressure was “alarmingly high” after his doctor tested it, making a point that his blood pressure has “always been normal.”

Milbank said he was suffering from “Trump Hypertensive Unexplained Disorder,” a disorder he created and diagnosed himself with. “For almost five decades, I had been the picture of health, but eight months into Trump’s presidency, I was suddenly ailing,” he wrote. “Trump is the only variable, I told my doctor. ‘He sure is variable,’ my doc replied, endorsing the diagnosis.”

Throughout Milbank’s piece he explained how he knows his “disorder” caused by Trump is a real thing, claiming he performed a longitudinal study to test his “hypothesis.” Milbank said he purchased a blood pressure monitor and would wrap it around his bicep throughout various parts of the daily news cycle.

Milbank said he has spoken with psychotherapists who have told him that they are unusually busy with clients who continue to speak about Trump. He claims that Trump is “exacerbating whatever neurosis, depression or other conditions they had.”

The WaPo writer said he addressed his self-diagnosed illness of Trump Hypertensive Unexplained Disorder with blood pressure medication prescribed by his doctor. “My prescription is renewable until January 2021, at which point I expect it will no longer be medically necessary,” he concluded.