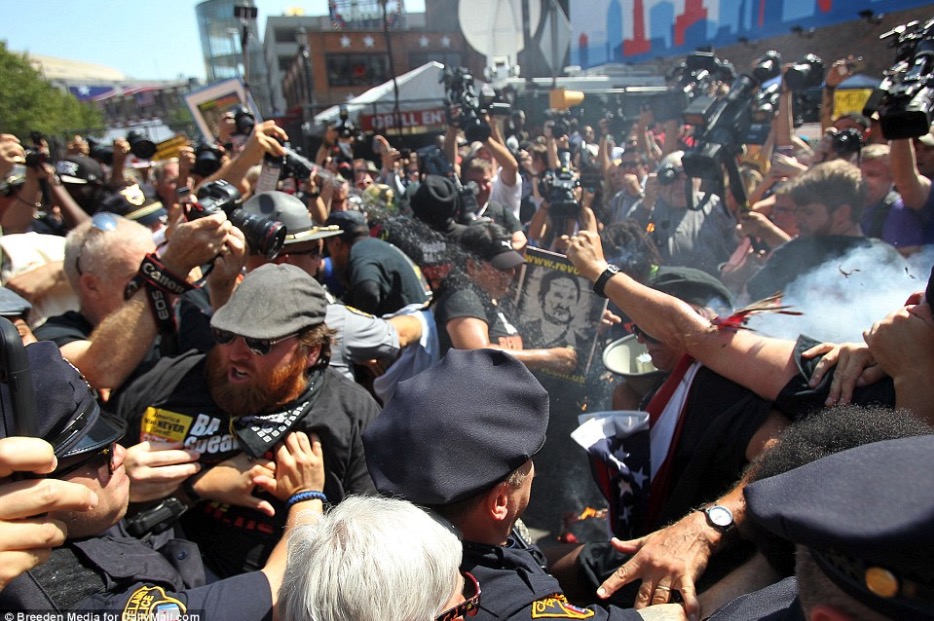 Environmental extremists are much more likely to commit violence if their political candidates lose than Republican nominee Donald Trump’s supporters, according to a report published in The Washington Post.

Fringe activists associated with the Green Party have a higher chance of violence against property after their candidates lose state, local and other political elections, climate researchers Ben Farrer and Graig Klein wrote.

Klein, an assistant professor at New Jersey University, researches why groups use violence — primarily terrorism — to accomplish political goals; Farrer is a professor of environmental studies at Knox University.

“We find that losing in these down-ballot races prompts more illegal sabotage from environmental extremists than do losses in higher-profile campaigns,” they noted.

If their candidates do well in an election, the researchers added, then climate activists think violence is less necessary, but, “become frustrated with democracy and seem to find violence more legitimate” when their preferred policies fail.

“We collected information on Green Party electoral history in Connecticut, and combined it with the Global Terrorism Database records on environmental sabotage in that state,” Farrer and Klein wrote. “We found that, on average, the rate of environmental sabotage increases approximately threefold (from 0.06 incidents per year to 0.21 incidents per year) when the Green Party is failing compared to when it’s winning.”

The report also argues Trump supporters are less inclined to support violence if the Republican nominee loses, because they will feel encouraged by his ability to capture the Republican nomination – in fact, according to the researchers, “(t) hey may get involved in legal democratic politics rather than staying outside that system.”

Trump’s more rabid supporters may turn their attention to future political races rather than engage in violence so long as there are more elections down the road.

The Washington Post report comes on the heels of recent media angst over whether Trump supporters will overthrow the government if their nominee loses.

Some Republican voters fear they will be forgotten, along with their concerns and frustrations, The New York Times reported in October, while others believe the nation may be headed for violent conflict.

One supporter told The NYT that if Trump lost to Democratic nominee Hillary Clinton, which he worried would happen through a stolen election, it could lead to “another Revolutionary War.”

“People are going to march on the capitols,” the man told the paper. “They’re going to do whatever needs to be done to get her out of office, because she does not belong there.”

Trump Promises Govt Force Against Companies Moving Out of the US