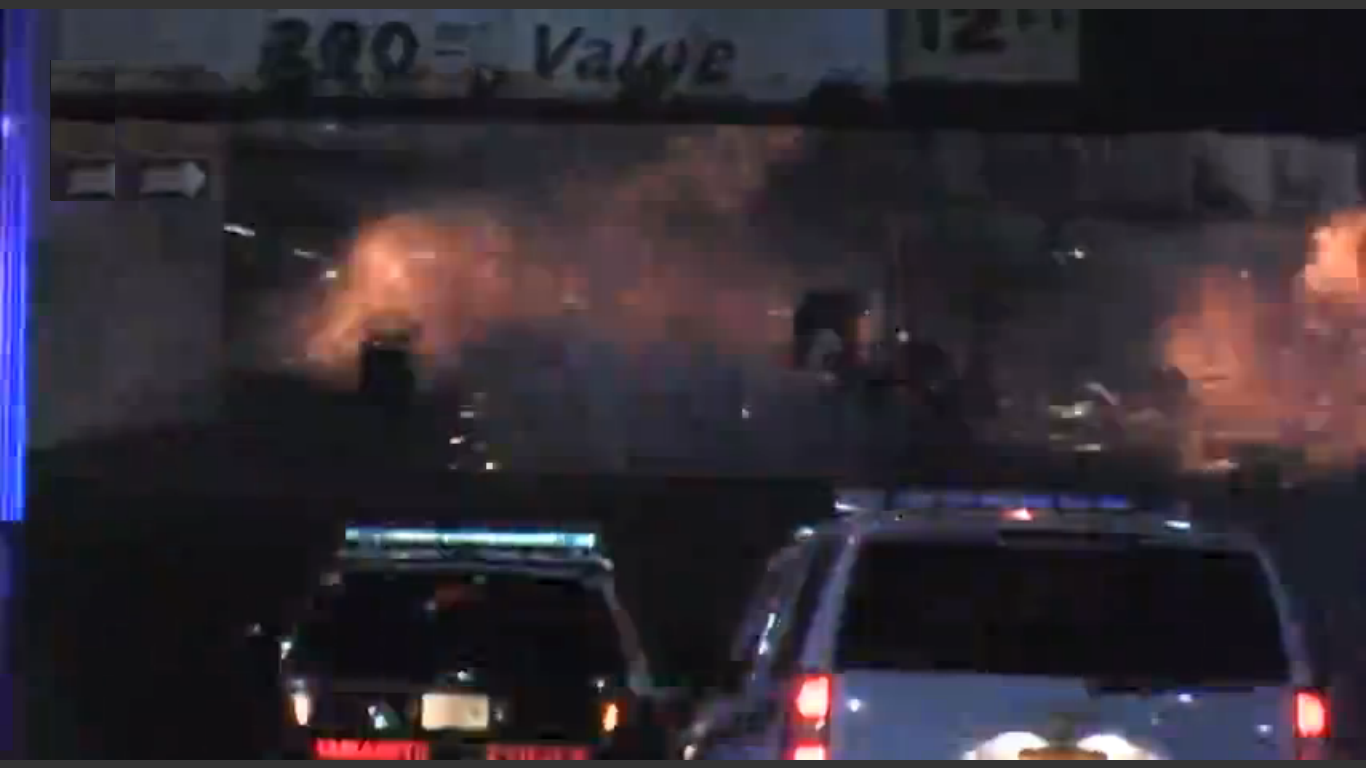 The homemade explosive device was discovered by two men who moved it below a bridge and called the police, according to Elizabeth Mayor Chris Bollwage. Police then attempted to disarm the device with robots, accidentally setting it off and creating a loud explosion.

Rahami is alleged to have also planted two bombs in Manhattan, one of which injured 29 people, and another in Seaside Park, N.J. which caused no injuries. The second Manhattan bomb was discovered by two thieves who accidentally disarmed the device while stealing the suitcase holding it. Police were then able to retrieve the phone attached to the pressure cooker-style bomb, which was likely being used as a detonator. By accessing social media accounts on the phone, FBI and police were able to identify Rahami as a prime suspect. He was arrested later Monday after engaging in a firefight with police. Rahami was subsequently taken to the hospital and underwent surgery for injuries sustained during the exchange.