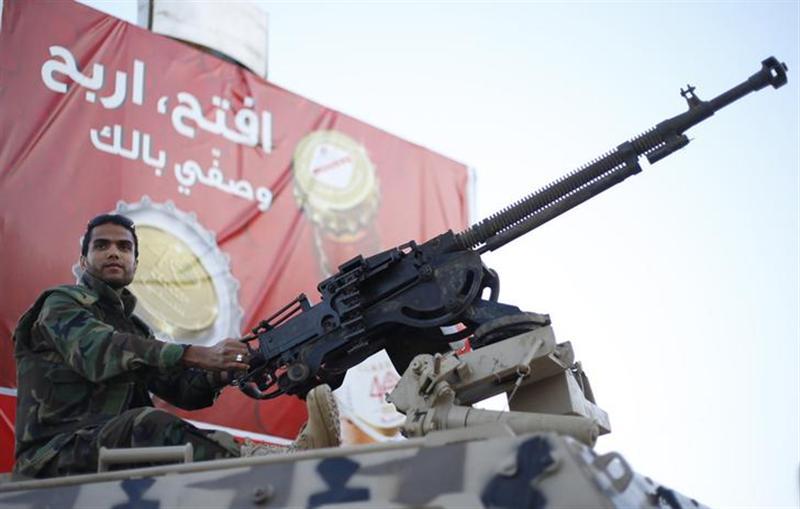 The United States decided Monday it wants to provide arms to the Libyan government, just five years after overthrowing the regime and accidentally providing weapons to Islamic militants.

Several other countries have joined the U.S. in asking the United Nations to grant an exemption to the five-year-old arms shipment ban currently imposed on Libya, The Associated Press reports. This request requires approval from the U.N. Sanctions Committee, though it is unlikely approval will be withheld as all permanent members of the Security Council agreed with the proposal.

U.S. Secretary of State John Kerry said Monday at a meeting of diplomats in Vienna, “The Government of National Accord has voiced its intention to submit appropriate arms embargo exemption requests to the UN Libya Sanctions Committee to procure necessary lethal arms and materiel to counter UN-designated terrorist groups and to combat (ISIL) throughout the country.”

The ban is an attempt to prevent unsavory groups in the region from getting their hands on weapons. But now, the Libyan government, run by Prime Minister Faiez Serraj, is desperate and the U.S. is looking to save the regime from completely collapsing. Serraj is insistent he only wants weapons, not military intervention.

Libya has been thrown into turmoil ever since the U.S. brought down the government of Muammar Gaddafi. The power vacuum subsequently created has allowed Islamic State to move in and take root. ISIS now has a force of about 5,000 troops in the area and controls Sirte, a major port on the Mediterranean. It’s the only city controlled by ISIS that isn’t located in Iraq or Syria.

Moreover, a rival government in Tobruk, east Libya, is placing maximal pressure on the Serraj regime.

Italy co-chaired the meeting in Vienna, mostly because government officials in Italy are worried about collapse in Libya leading to yet another migrant crisis.

In 2011, when the U.S. started conducting airstrikes against Gaddafi’s regime, weapons sent to Libyan rebels ended up falling into the hands of Islamic militants. These weapons presumably have been deployed against the current regime.

Executive Overreach: Why Obama is Wrong on the Transgender Bathroom Controversy