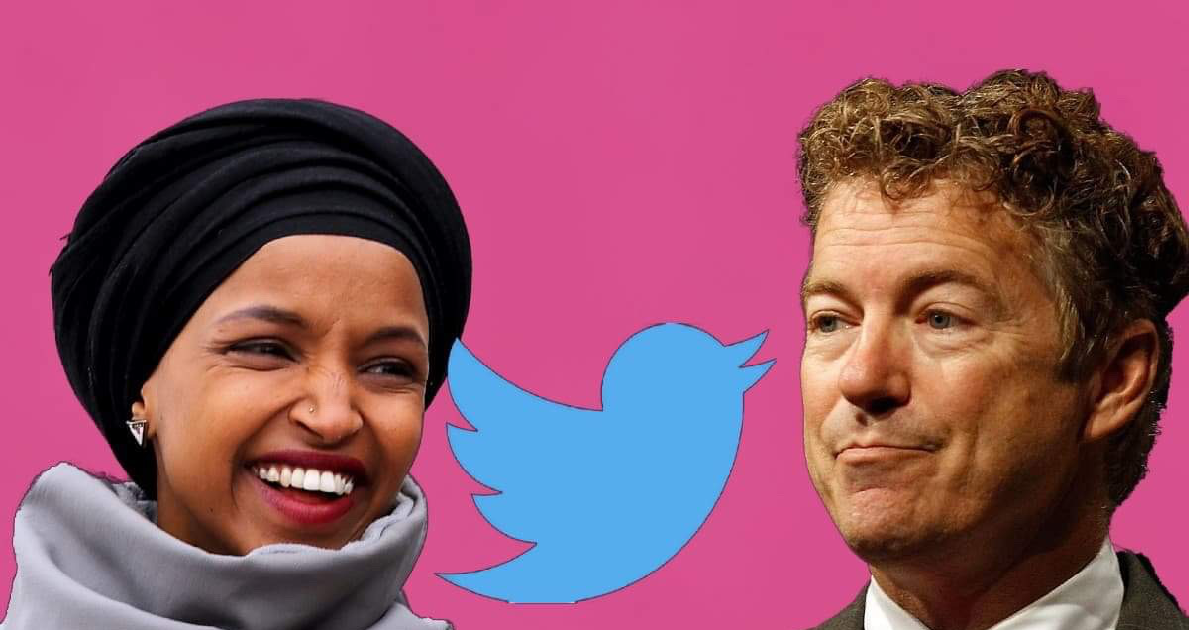 Rep. Ilhan Omar (D-MN) retweeted a suggestion that the attack on Sen. Rand Paul (R-KY) by his next-door neighbor back in November 2017 was justified on Monday.

Imagine being Rand Paul's next door neighbor and having to deal with @RandPaul lying cowardly circular whiney bullcrap about lawn clippings. No wonder he ripped his toupee off.

The tweet was initially written by actor/comedian Tom Arnold on Monday.

“Imagine being Rand Paul’s next door neighbor and having to deal with
@RandPaul lying cowardly circular whiney bullcrap about lawn clippings. No wonder he ripped his toupee off.”

The tweet came as a response to Senator Paul’s comments in a recent interview published at Breibart.com. He spoke about living in a town where many people are refugees from all over the world and are now grateful to live in the United States.

“I’m in a town where we have a lot of people who have come, some from Somalia, some from Bosnia, I’ve never heard one of them say America is a terrible place or be unappreciative of our country. Most of them are thankful. I’ve met people who have come here from behind the Iron Curtain who have gotten away from Communism they are some of the best Americans we have because they really appreciate how great our country is”, Paul said.

Senator Paul went on to talk about how Rep. Omar has benefitted from being an American citizen even to the point of being elected to serve in Congress and still complains about how bad the country is.

“She has the honor of actually winning a seat in Congress, and she says we are a terrible country? I think that is about as ungrateful as you can get. While I am not saying we should forcibly send her anywhere, I am willing to contribute to buy her a ticket to go visit Somalia, and I think she could look and maybe learn a little bit about the disaster that is Somalia, that has no Capitalism, and no God-given rights guaranteed in a Constitution and has about seven different tribes that have been fighting each other for the past 40 years. Then after she has visited Somalia, she might come back and appreciate America a little more,” Paul said.

Omar has previously complained that she has received more death threats than anyone in Congress, according to CNN.  Yet she endorses violence against her fellow colleague on the other side of the political aisle, who was beaten in a politically motivated attack.

One would think Rep. Omar wouldn’t endorse such behavior given the alleged threats against her. It seems that if someone has different views, violence is justified against them in her mind.

4 Cars That Are Ideal For Tech Lovers