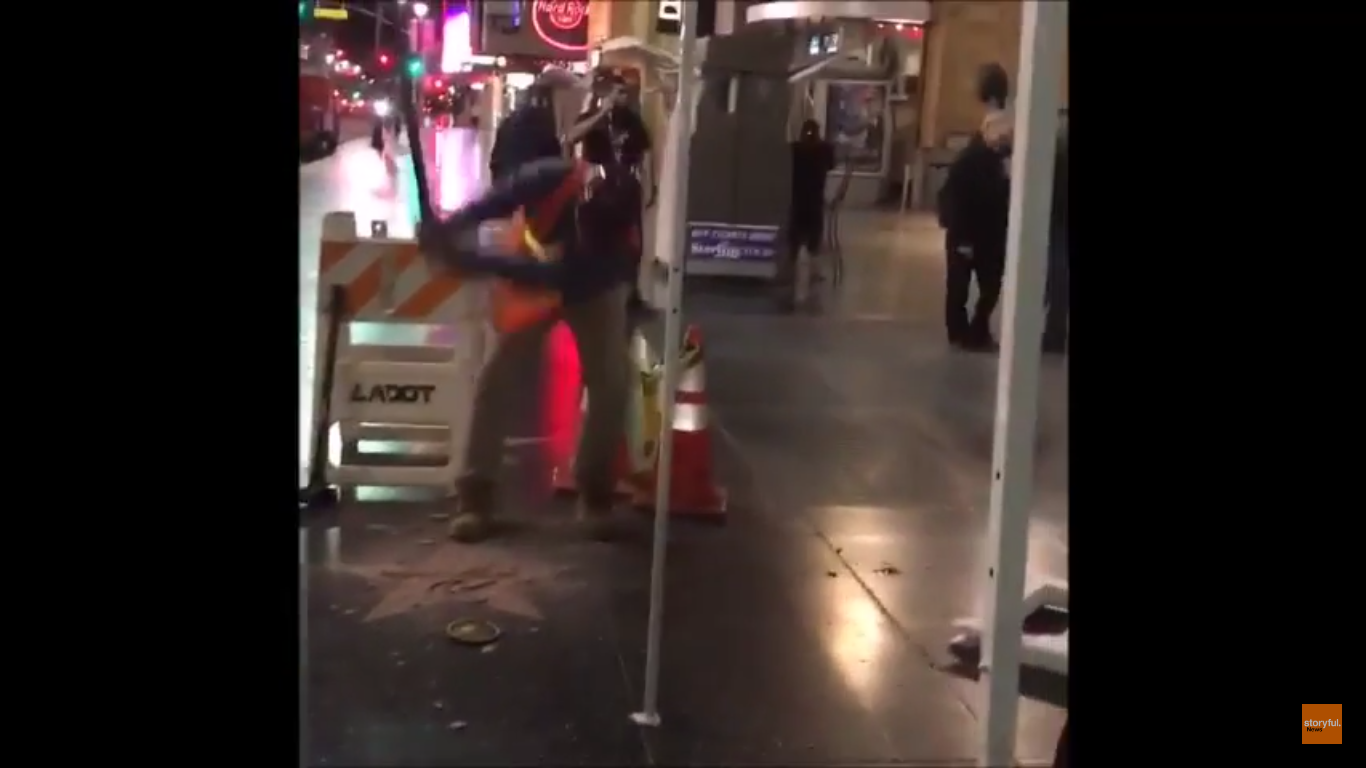 On early Wednesday morning, Donald Trump‘s star on the Hollywood Walk of Fame was vandalized with a sledgehammer. The person claiming responsibility is James Otis, who dressed as a city construction worker while wielding the sledgehammer and a pick-ax. Otis stated that he was attempting to extract the star so that it could be auctioned, with the benefits going to the women who have accused Trump of sexual assault. Otis was spotted “at work” on the star at 5:45AM, with the LAPD arriving on the scene at 6:15AM, after he had left.

This is far from the first time Trump’s star has received negative treatment. In September 2015, someone drew an “X” on the homage to Trump. In January, a swastika was spray-painted on the same spot. In July, another person constructed a mini “wall” around Trump’s star as a reference to his immigration policy.

Without a doubt, Trump has incited reactions in Americans which have not been seen in generations. With only 13 days to go until election day, it will be interesting to see how the Republican nominee handles his likely defeat. Further, it is yet to be seen how the Trump “brand” will continue to exist after what could be the greatest failure of his entire career as a provocateur.

Husband Steals Mistress’ Son, Sells Him For $6,500 To Pay Bills

Sean Hannity: Obama Should Just Go Back to Africa

Teen Nearly Killed After NYPD Smashed His Head Through A Window