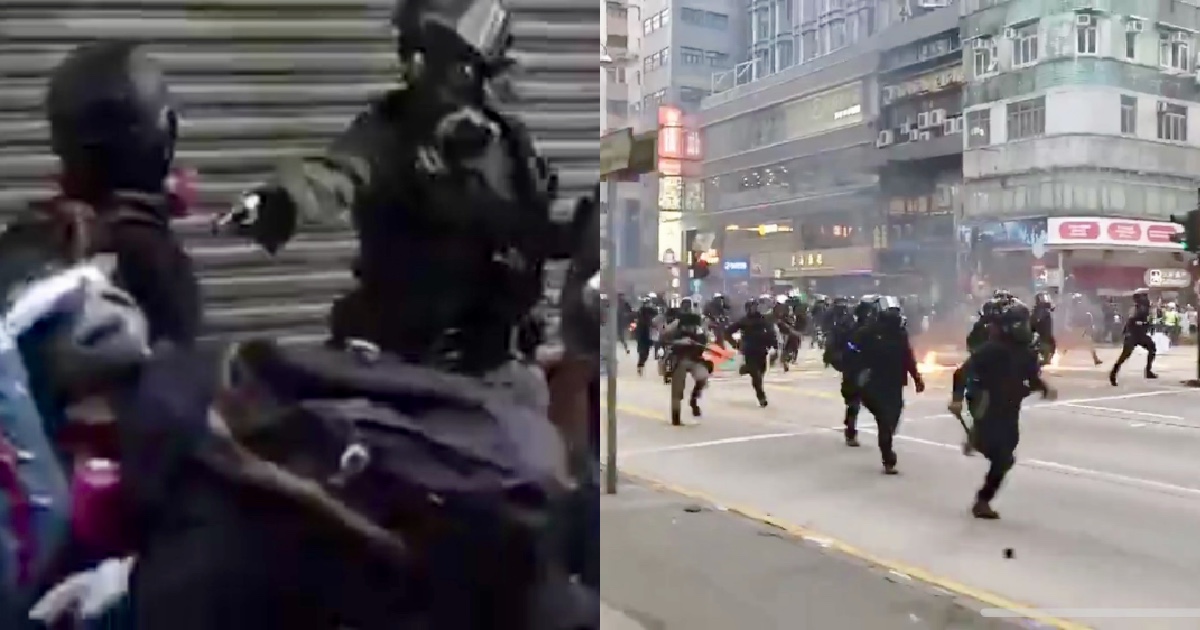 Tensions in Hong Kong have once again reached an all-time high on the 70th anniversary of the rule of the Communist Party.

Given the Communist track record on civil rights (or lack thereof) it seemed grotesquely fitting that video emerged this morning of a militarized Chinese policeman firing a live round into the chest of a peaceful protester in the street at point-blank range.

The Chinese government defended the shooting, calling it “legal and reasonable”

Another particularly harrowing video shows Chinese police marching up a Hong Kong street that is partially on fire, conjuring an ambiance of anarchy.

The Hong Kong government claimed to reach a compromise for the continued semi-autonomy of Hong Kong, but the measure was seen as meaningless by the people of Hong Kong, who continue to voice their appeal for liberty.

These scenes of unrest contrast sharply with the opulent celebrations being enjoyed today by the mainland Chinese elite on their “National Day” celebrating the birth of Mao’s Communist Party.

The bill that first sparked protest was an act that allowed the Communist Party to extradite Hong Kong citizens to the Chinese mainland at will. Hong Kong protesters argued that this was a blatant attempt to rob them of their autonomy from China.

Reasonable minds can disagree what the American policy towards this debacle should be. Foreign policy hawks might advocate for American involvement through sanctions of the tyrannical Chinese, and doves might want more of a hands-off approach by America.

Precious few would say America should vocally support the Communist Chinese. One of those, unfortunately is President Trump, who took to Twitter to support the Chinese, saying “Congratulations to President Xi and the Chinese people on the 70th Anniversary of the People’s Republic of China!” as they crack down on Hong Kong.

Congratulations to President Xi and the Chinese people on the 70th Anniversary of the People’s Republic of China!

This specific tweet fits nicely into Trump’s confusing and inconsistent policy on China. He has in one breath waged a mutually destructive trade war, and in the next praised the dictatorial Xi.

Regarding the Hong Kong protests, he has also expressed an absurd moral equivalence between the peaceful protesters and the Communist forces, saying “I hope it works out for everybody, including China, by the way.”

President Trump: "The Hong Kong thing is a very tough situation, very tough. We'll what see what happens. But I'm sure it'll work out. I hope it works out for everybody, including China, by the way." pic.twitter.com/7fbXUiBubw

Whenever in conflict, America should chose the side of the people who want liberalism and oppose Communism. There are a variety of options that should be on the table, ranging from arming some sort of Hong Kong insurgency to simply voicing support for the protesters.

Wishing a happy birthday to the party of Chairman Mao as the crackdown on not only protesters, but the media covering the protests, should not be an option.