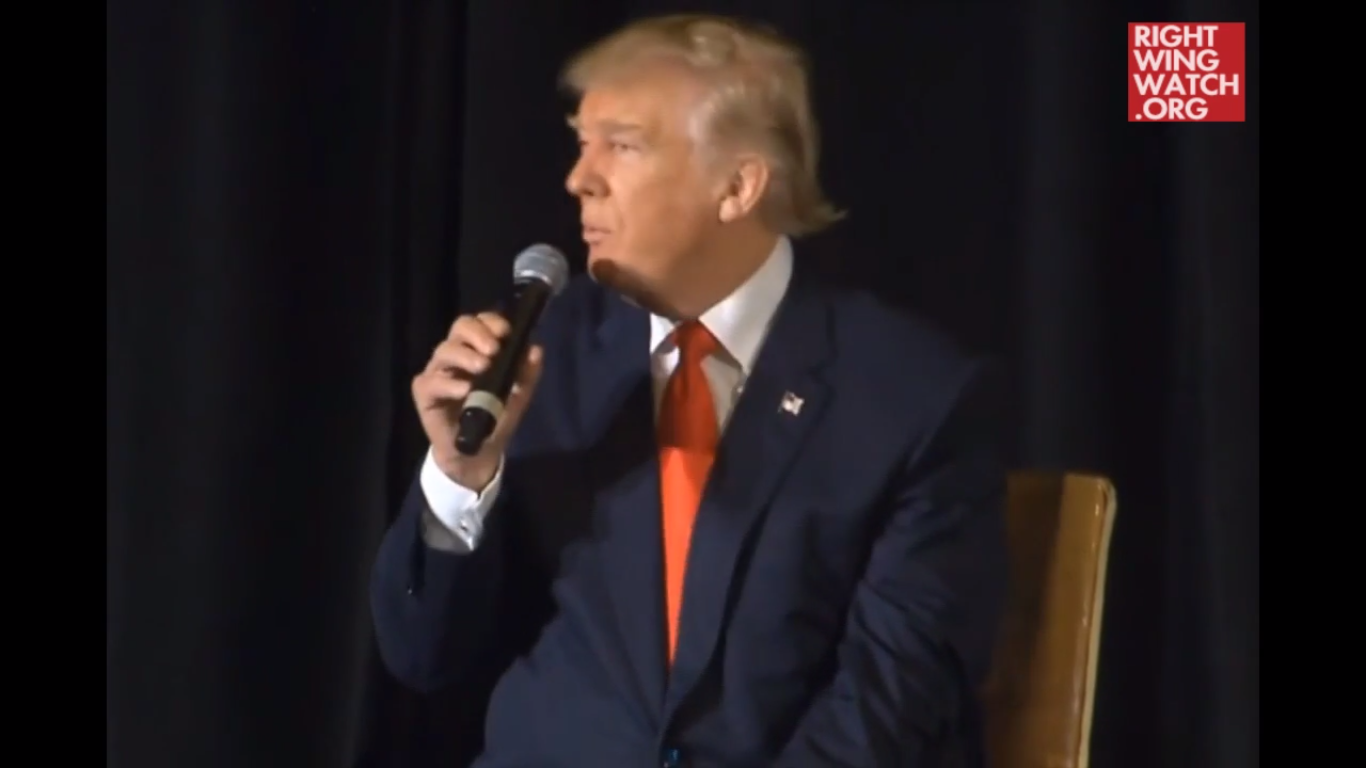 In a speech Monday in Herndon, Virginia, Donald Trump discussed the epidemic of military veteran suicides.  His audience was “Retired American Warriors,” a military PAC. When asked about the issue, Trump stated:

When people come back from war and combat and they see maybe what the people in this room have seen many times over, and you’re strong and you can handle it, but a lot of people can’t handle it.

Trump’s fairly controversial comments are reminiscent of earlier this election cycle when he discussed the military service of John McCain. In July of last year, the future Republican nominee stated “He’s not a war hero.” Trump went on to sarcastically say, “He’s a war hero because he was captured. I like people that weren’t captured.” Hillary Clinton has since seized upon these comments (as well as others made concerning the military) in one of her attack ads.

Trump also found himself in hot water after feuding with Gold Star parents who spoke at the Democratic National Convention. That episode was significant enough for some Republicans to officially announce that they would not support their party’s nominee.

With just a little more than one month to go until the election, it is extremely likely that Clinton will seize upon these remarks, just as she did with the others.

Watch the most recent comments below:

Clinton on Assange: “Can’t We Just Drone This Guy?”