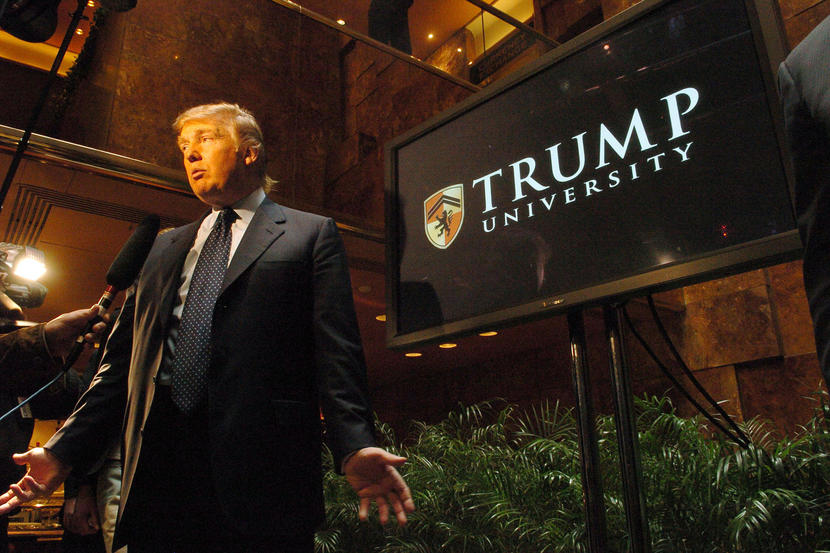 According to The New York Times:

The judge, Gonzalo P. Curiel, in San Diego, issued his order after considering a challenge from Sherri Simpson, a former Trump University student from Fort Lauderdale, Fla., whose lawyers say she should have had a chance to opt out of the class-action settlement and individually sue President Trump, perhaps forcing a trial.

The civil settlement was not enough for Ms. Simpson, who wanted to see Mr. Trump tried on criminal racketeering charges. She also wanted an apology.

But Judge Curiel, in his ruling, sided with the class-action plaintiffs’ lawyers, who had urged him to approve the agreement, saying it was the best possible outcome for roughly 3,730 students. They could recoup more than 90 cents on the dollar of what they spent at Trump University.

The approval of the settlement, assuming it stands, brings to a close a case that garnered outsize national attention during Mr. Trump’s presidential campaign. He faced two suits in California and one in New York brought by Eric T. Schneiderman, the state attorney general.

The suits contended that Trump University students had been cheated out of thousands of dollars in tuition through high-pressure sales techniques and false claims about what they would learn. Mr. Trump and his lawyers continued to deny those claims, even after the settlement was first announced in November, soon after his election.

Report: Bernie Sanders and Elizabeth Warren Secretly “Don’t Get Along”