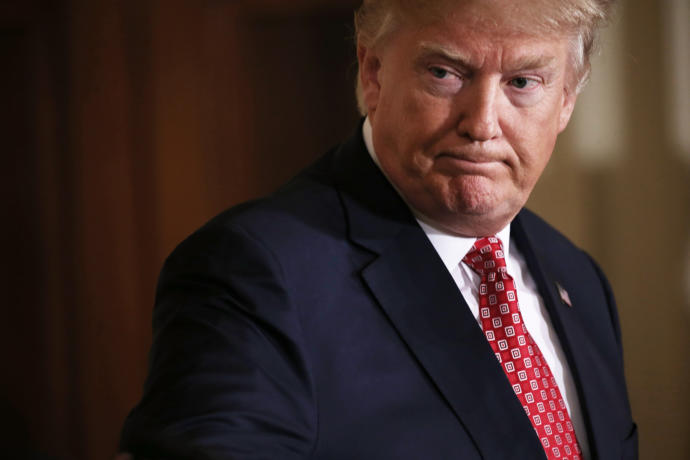 President Trump denied the White House in chaos narrative gathering steam in the media Thursday, saying his administration is running like a “fine tuned machine.”

“I turn on the TV, open the newspapers, and I see stories of chaos,” Trump said at a press conference where he announced his new pick for labor secretary. “Chaos. Yet it is the exact opposite. This administration is running like a fine tuned machine.”

Report after report has piled on to the narrative that the administration is in a state of chaos, which began almost immediately after Trump won the election, but has picked up real steam following the resignation of Michael Flynn as national security adviser. Flynn tendered his resignation after news broke he misled Vice President Mike Pence about a phone call with Russia.

The Flynn leaks, along with others from inside the intelligence community, such as The Wall Street Journal report Wednesday that intelligence officials spooked by his potential Russia ties are withholding some kinds of intel from Trump. Some see the circumstances of Flynn’s resignation as evidence of a widespread conspiracy within the community to undermine the administration.

Trump’s labor secretary pick Andrew Puzder withdrew from the nomination this week, adding fuel to the “out of control” narrative. He announced his new pick, Alexander Acosta, at the conference Thursday.

Despite the fact he’s having trouble getting his cabinet approved, Trump said the administration is running smoothly. “They are outstanding people, like Sen. Dan Coats, who is their, one of the most respected men in the Senate,” he said. “He can’t get approved. How do you not approve him? He has been a colleague, highly respected. Brilliant guy. Great guy. Everybody knows it. We’re waiting for approval.”

“So we have a wonderful group of people that’s working very hard,” he continued. “That’s being very much misrepresented about, and we can’t let that happen.”