There are some things that are really getting “non-essential” Americans through what amounts to indefinite house arrest without charge or trial for the greater good. Amazon. American ingenuity. Curbside pickup. Day drinking. Zoom and Google Hangouts. Memes. And maybe most importantly… The Tiger King, Joe Exotic. 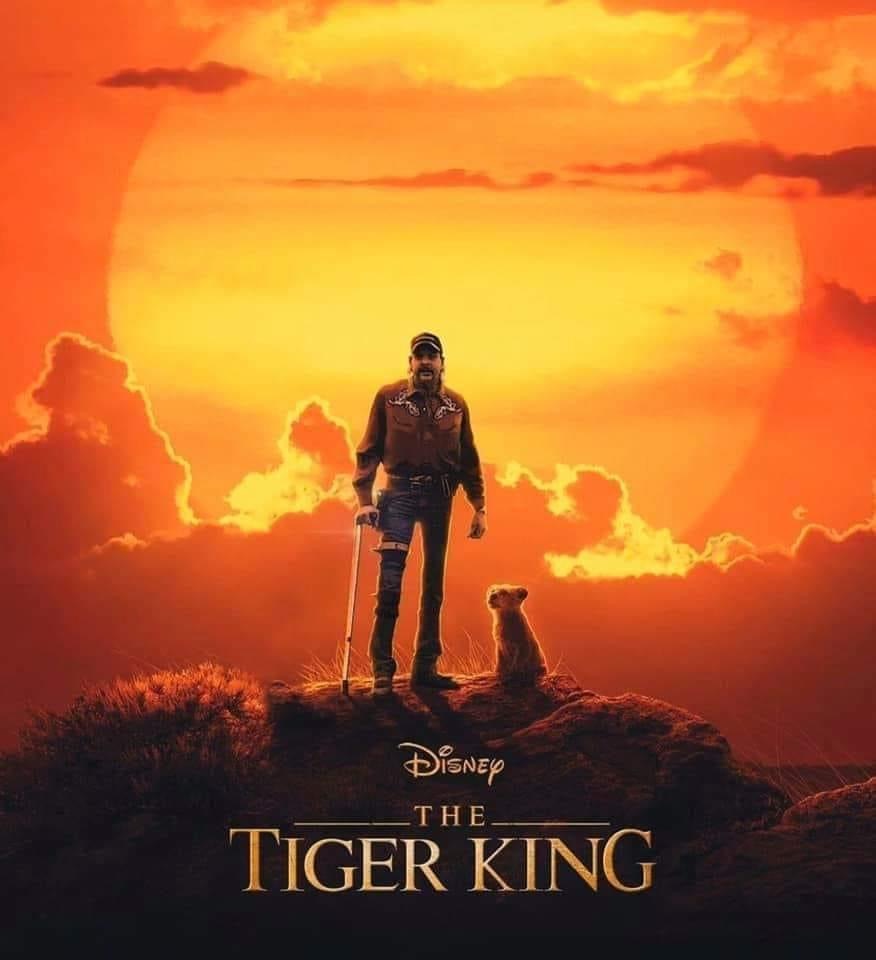 “The Tiger King: Murder, Mayhem and Madness” Netflix documentary has conquered the internet in the time that we’ve all become more reliant on social media to cope with social distancing restrictions. Although it follows some horrible people in the “big cat” world without a real hero exactly, it’s central character is without a doubt Joe Exotic.

Tigers, animal rights, gay polygamy, guns, meth, money, suicide, true crime, and “libertarian” politics. No spoilers, but it’s dirty and raw and co-stars that bitch from Florida, Carole Baskin. If the current state of the COVID-19 pandemic among the collective consciousness has a face, it has a mullet, a mustache, and a prince albert lock piercing. 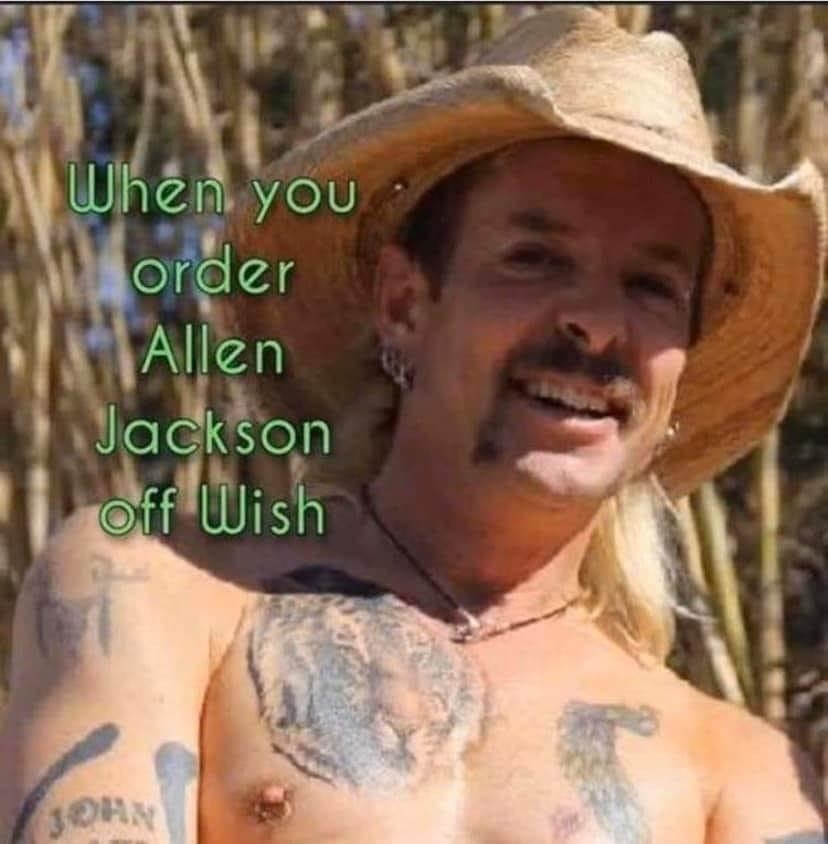 New York Post reporter Steven Nelson had heard Trump’s son advocate a pardon for Joe Exotic. Don had called the sentence “aggressive” after binge watching the documentary over a period of two days.

“…a show on Netflix called, uh, “Tiger King” and, uh… the man who stars in this is a former zoo owner who is serving a 22 year prison sentence. He’s asking you for a pardon saying he was unfairly convicted. Your son yesterday jokingly said that, uh… you know, he was going to advocate for it and I was wondering if you’ve seen the show and if you have any thoughts on pardoning Joe Exotic.”

With a wink and a nod, our President asked,

“He allegedly hired someone to murder an animal rights activist, but he said that he didn’t do that.”

“Do you think he didn’t do it? Are you on his side? Are you recommending a pardon?”

“No, I’m not advocating anything.”

During the course of the documentary, several implications presented themselves on a range of crimes. Among these were whether or not that bitch Carole Baskin killed her husband and fed him to tigers or buried him under a septic tank… and whether or not Joe Exotic was framed or at least set up by con artists attempting to take his exotic animal park.

At the end of the exchange, Trump said, “I’ll take a look”.

If there’s one thing Tiger King has shown us, it’s that it’s hard to look away. 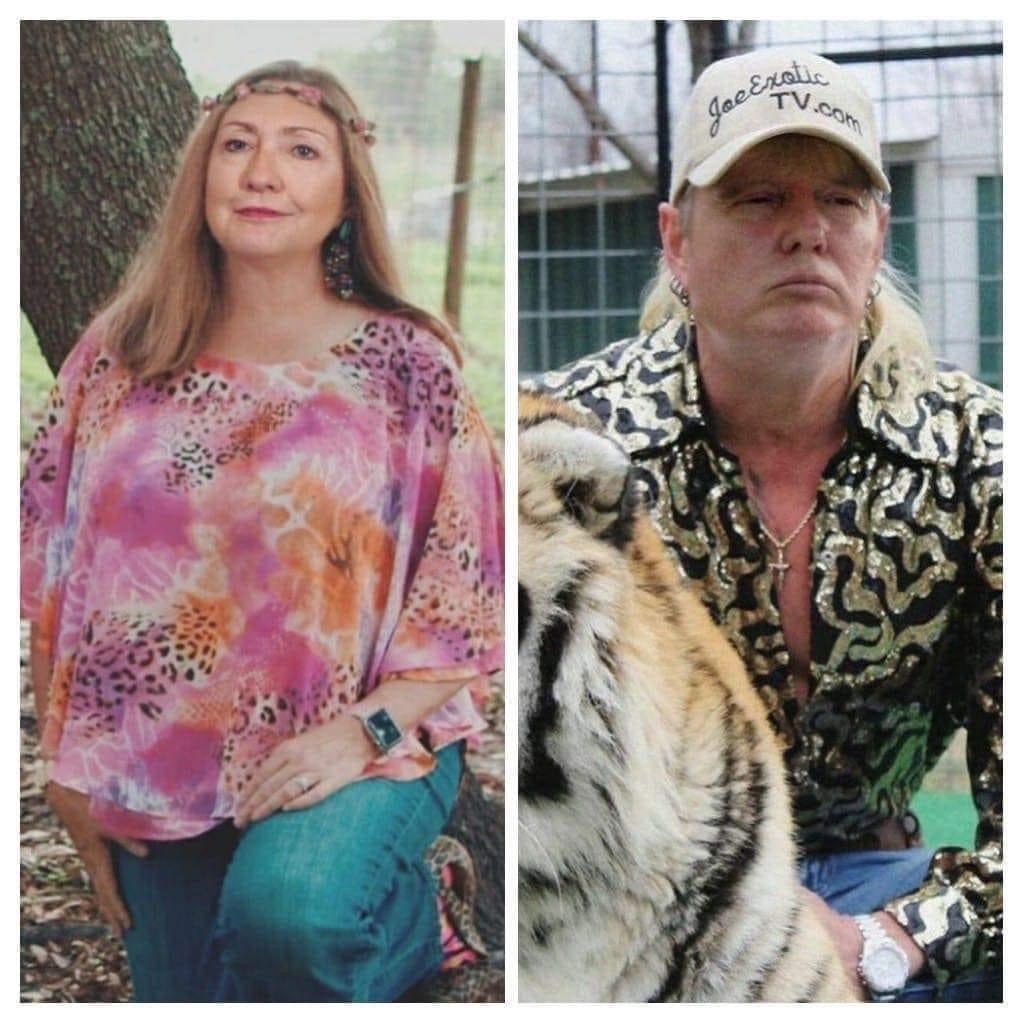 How To Handle A Car Accident Caused By A Distracted Driver