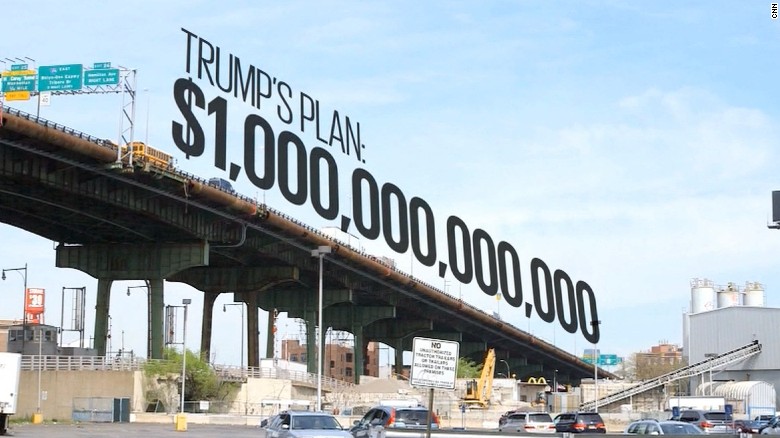 President Donald Trump pledged Tuesday to spend up to $1 trillion rebuilding American roads, bridges and tunnels, in keeping with one of his prominent promises on the campaign trail.

The president’s statement came after he met Tuesday morning with nearly 50 business executives to discuss ways to cut regulations and improve the economy. Trump did not expound on his infrastructure plans, providing no further details on either the specific dollar amount the administration plans to spend or where they plan to get the money.

Trump was adamant Tuesday that he will only give the green-light to projects that are ready to break ground within 90 days.

The administration wants to improve nearly every conceivable aspect that falls under the infrastructure banner, including highways, roads, bridges, airports, waterways and electrical grid systems. Trump is reportedly also toying with the idea of including hospitals for military vets in the agenda.

National Economic Council director Gary Cohn, a former Goldman Sachs executive, hinted at a way the administration could raise funds for the massive infrastructure plan. If cities agree to “sell off” or privatize assets, Cohn said the administration would be willing to provide financial support.