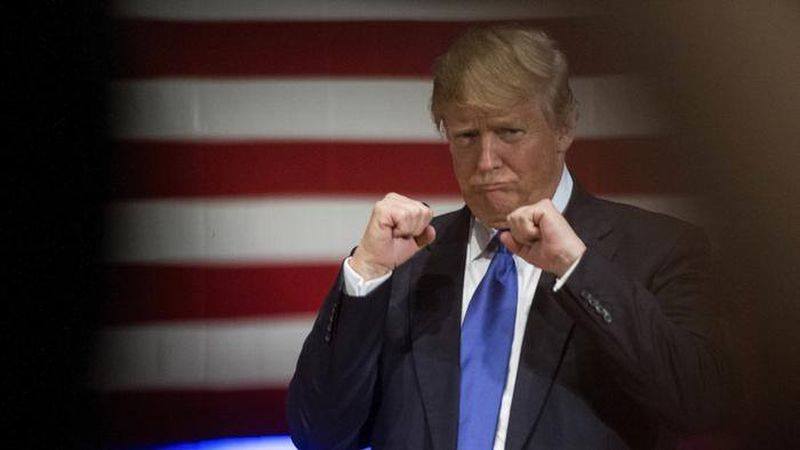 The Donald Trump train has been unstoppable during the 2016 presidential race. Much of what has helped to invigorate his support has been the unrelenting resistance from the Anti-Trump movements which began long before the first egg was thrown. It began the moment Trump uttered the words “I am officially running for president of the United States.”

The moment he labelled Mexican immigrants drug dealers and rapists, the media worked on the offensive angle. Many of us, including myself, thought that this would finish him — he would be unelectable. After all, many candidates have been deemed unworthy of the office for much less.

However terrible Trump’s remarks may have been to many, they meant something else to a large group of people. It resonated with a largely untapped voting block, which was not what the mainstream media expected. After various political correspondents made compelling arguments on how Trump was not presidential, his ratings grew in spite of them. With each news report on how politically incorrect Trump’s statements were, his numbers continued to grow.

People agree that the nation must confront the immigration issue by first securing the border and then dealing with the millions of people living in the U.S. illegally.

In the film Enter the Dragon, Bruce Lee explains how one doesn’t truly have an opponent, if you are smart enough to know when and how to give them the rope to hang themselves with. It’s referred to as the art of fighting without fighting. Donald Trump has clearly mastered this.

In the film Lee says:

A good fight should be like a small play, but played seriously. A good martial artist does not become tense, but ready. Not thinking, yet not dreaming. Ready for whatever may come. When the opponent expands, I contract. When he contracts, I expand. And when there is an opportunity, I do not hit. It hits all by itself.

Watch this clip of the scene in Enter the Dragon where Lee demonstrates “The art of fighting without fighting” (article continued below).

Trump then garnered the unwavering reinforcement of foot soldiers for his campaign who broke nearly every go-to narrative the media had appropriated, namely, one Milo Yiannopoulos: Editor of Breitbart, a homosexual and entrepreneur who loathes feminism also happens to love his “daddy,” Donald Trump.

Brietbart reported how Yiannopoulos desired to see the destruction of the GOP while appearing on the The Rubin Report:

‘I care about all the things you care about. And I see the best way to accomplish what we collectively want is to throw our lot in with a politician that doesn’t look like the rest of them, that terrifies the rest of them’, Yiannopoulos told Rubin. ‘The prospect of a Trump candidacy, of a Trump presidency terrifies not just liberals but conservatives too. Because he threatens to blow apart the political consensus.’

When pressed by Rubin about blowing up consensus, Yiannopoulos responded: ‘When I see GOP politicians telling CNN reporters, ‘the public doesn’t pick the candidate, we pick the candidate’, I just think to myself, you deserve to burn. These people don’t like the public. They don’t like their own electorate. The Republican party has become as hostile to its own base as liberals have always been.’

The Trump train had left the station and it would not be derailed. In fact, some Republican candidates who condemned Trump’s boorish behavior had even begun to drop from the race. The large field whittled down and Trump remained strong.

Even the art of communication was key to his success, which Bruce Lee was also a master of. Trump had demonstrated his expertise in “Linguistic Judo,” using it on any opponent who attempted to attack with effectiveness. Intentional or not, his simple tactics were effective.

During the debate where Rand Paul addressed the manner of Trump’s “sophomoric” attacks on personal appearance, Trump hit back. “I never attacked him on his looks, and believe me there is plenty of subject matter right there,” Trump said unapologetically.

He endlessly attacked people based on their looks and never lost support as a result. People loved it because, though some saw him as a bully, his supporters see him as the bully who is beating down the establishment; the status quo.

The final nail in the coffin are the recent attacks coming from members of his own party. So-called establishment Republicans like Mitt Romney, and coalitions such as the “Renegade Party” – spearheaded by Bill Kristol, have proven to be an embarrassment. Their protests of Trump have only fueled his supporters’ belief they are back the right man.

If large coalitions of social justice protesters with the mainstream media on their side couldn’t stop Trump, a group of failed politicians certainly won’t.

While the anti-Trump movement worked to destroy Trump, keyboard warriors showed up with the proverbial kerosene to toss on the fire. One going as far as to encourage more violence on Trump supporters.

Friday, Vox founder Ezra Klein announced the suspension of editor Emmett Rensin, who encouraged violent protests at Trump rallies in a Tweet. In the Twitter feed, Rensin validates his stance by rationalizing a reason to riot.

@emmettrensin @Zack_Parker_ But throwing eggs at people and hitting them to the point of bleeding is. And Trump is the one inciting hate?

— Gavin Busby (@gavinbusby) June 3, 2016Not helping. Even Clara Jeffery, an editor of a progressive publication agrees.

Clara Jeffery, who is the Editor-In-Chief of Mother Jones also feels this would garner more support for Trump.

This is a super responsible statement from a @voxdotcom editor.
Also, plays right into Trump’s hands. https://t.co/DcoNE2oU8I

Trump supporters made headlines this week due to the violence of anti-trump protesters. But to the Trump supporters, these images act as a symbol of their perceived cultural oppression. They would argue, and it is justified, that they are oppressed by decades long movements of the left. The movements which successfully criminalized free speech, minimized the success of individuals by crediting “privilege” and not hard work, and elected a president to two terms who disparaged entrepreneurship. 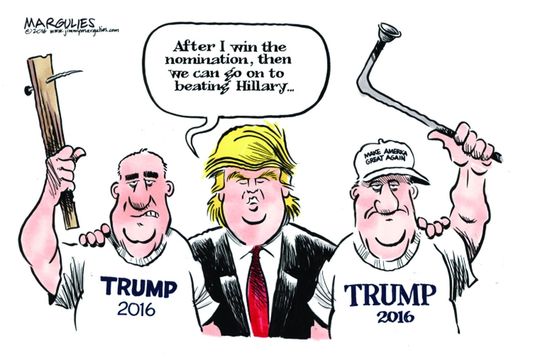 When an angry mob clutching the flags of foreign nations violently attacks Trump supporters, this only fuels the resolve of an already irate group of people. For them, Trump represents a sentiment that has long been ignored by the media. They are tired of being lied to by career politicians and skeptical of the media’s reporting.

It was the perfect storm and Trump just offered the naysayers a rowboat.

If the #NeverTrump people want to continue bolstering an already successful Trump campaign, they should keep doing what they’re doing. It’s working.

Despite Her “Tough On Wall St.” Vow, CEO’s Prefer Clinton Over Trump, Here’s Why