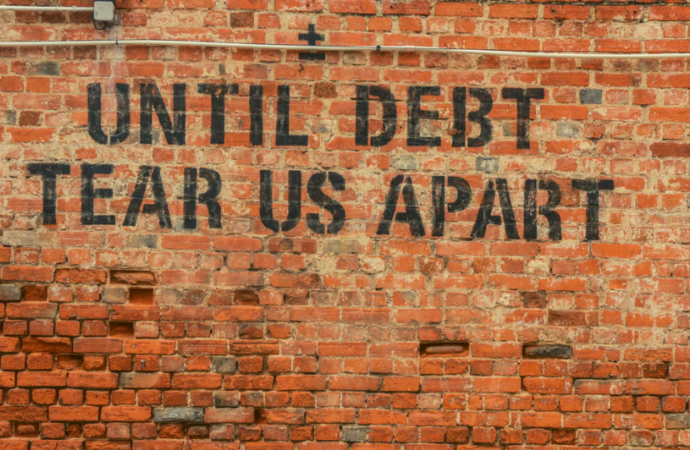 I would prefer not to write about President Trump’s new budget, largely because I know it’s not a serious proposal.

Even before he was elected, I pointed out that Trump was a big-government Republican who had no intention of dealing with serious fiscal issues such as the rising burden of entitlement spending.

So I wasn’t surprised that he capitulated to swamp-friendly budget deals in 2017, 2018, and 2019. And I’m depressingly confident that the same thing will happen this year.

That being said, I want to comment on how the media is covering his latest budget.

Take a look at some of the headlines that are dominating the news this morning.

All of these headlines make is seem like Trump is proposing a Reagan-style budget with lots of cuts, especially with regards to domestic programs.

All of that would be great news…if it was true.

In reality, here’s what Trump is projecting for total spending over the next 10 years.

And here’s what’s happening with domestic spending (mandatory outlays plus domestic discretionary) according to Trump’s budget.

So why is there such a big disconnect in the media? Why are there headlines about cutting and slashing when government is growing by every possible measure?

For the simple reason that the budget process in Washington is pervasively dishonest, as I’ve explained in interviews with John Stossel and Judge Napolitano. Here are the three things you need to know.

1.  The politicians created a system that automatically assumes big increases in annual spending, called a baseline.

2.  When there’s a proposal to have spending grow slower than the baseline, the gap between the proposal and the baseline is called a cut.

3.  It’s like being on a diet and claiming progress because you’re gaining two pounds each month rather than five pounds.

Defenders of this system argue that programs should get built-in increases because of things such as inflation, or because of more old people, which leads to more spending for programs such as Social Security and Medicare.

It’s certainly reasonable for them to argue that budgets should increase for these reasons.

But they should be honest. Be forthright and assert that “Spending should climb X percent because…”

Needless to say, that won’t happen. The pro-spending politicians and interest groups like the current approach because it allows them to scare voters by warning about “savage” and “draconian” spending cuts.

Remember how Obama said the sequester would wreak havoc because of massive cuts? Except there weren’t any cuts, massive or otherwise. As Thomas Sowell pointed out, Obama was trying to deceive voters.

This piece originally ran on the author’s private site

Daniel J. “Dan” Mitchell is a libertarian economist and former senior fellow at the Cato Institute. He is a proponent of the flat tax and tax competition, financial privacy, and fiscal sovereignty.