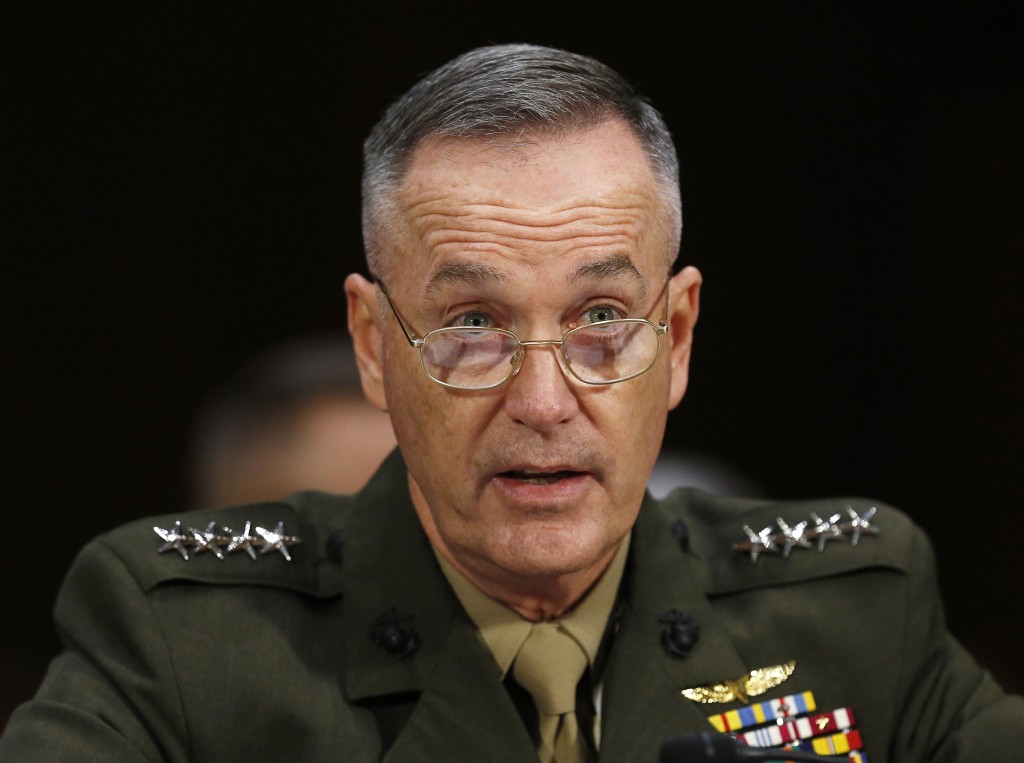 Were the U.S. to go to war with North Korea, there is no guarantee that it could be contained to the Korean Peninsula, the chairman of the Joint Chiefs of Staff revealed in the latest issue of Joint Forces Quarterly, a National Defense University publication.

“There was a time, not long ago, when we planned for a conflict that might be contained to the peninsula. But today, North Korea’s intercontinental ballistic missile, cyber, and space capabilities could quickly threaten the homeland and our allies in the Asia-Pacific region,” Dunford wrote.

Pyongyang’s short-range missiles have become much more reliable, it has successfully tested a submarine-launched ballistic missile, and it is making progress on intermediate- and long-range missiles capable of targeting American allies and the continental U.S.

North Korea is believed to be close to testing an intercontinental ballistic missile.

“We have reached the final stage of preparations to test-launch an intercontinental ballistic missile,” Kim Jong-un explained in his New Year’s address, adding that, “Research and development of cutting edge arms equipment is actively progressing.”

North Korea also has a vast army of cyber warfare specialists and a fledgling space program that could be used to advance the country’s military capabilities.

“Those capability developments, combined with an unpredictable and an irresponsible regime, certainly have our attention,” Dunford said in December.

“A conflict breaking out on the Korean Peninsula likely would expand beyond that region. Missile technology would immediately threaten neighboring nations and cyber capabilities could threaten the globe,” he added.

Dunford argues that the U.S. must adapt to changing battlefields.

“Deterring and, if necessary, defeating a threat from North Korea requires the Joint Force to be capable of nearly instant integration across regions, domains, and functions,” Dunford explained.

“This means more than just fielding cutting-edge technologies that ensure a competitive advantage across all domains — something we must continue to do. Keeping pace with the speed of war means changing the way we approach challenges, build strategy, make decisions, and develop leader,” he added.