Second, the bill would prevent United States forces from serving under United Nations command. Having American service under foreign command is problematic. As rare as this is, it has happened. Though many say U.S. troops have never been under foreign control, hundreds of troops have served in the Multinational Force in the Sinai, which has been commanded by non-Americans.

The legislation would also terminate diplomatic immunity for foreign United Nation members within the United States. Any member of the United Nations would not be “entitled to enjoy the privileges and immunities of the Vienna Convention on Diplomatic Relations of April 18, 1961.”

In addition, Massey’s bill would close the United Nations’ headquarters in New York.

Finally, the bill would remove U.S. participation from the WHO and UNESCO, as well as repeal the United Nations Environment Program Participation Act of 1973.

When asked why he would support this, Massey responded on social media.

“In one word, Sovereignty. As a member of the UN, we bind our citizens to decisions made by undemocratic countries, when in fact our constitution should be the supreme law,” Massey wrote.

He also slammed that the United Nations gun trafficking efforts and linked to a National Review article on the subject.

“Since the UN membership includes third world dictators, it should come as no surprise that the real goal of the UN effort to combat gun trafficking is actually to prevent citizens from owning guns while giving cover to corrupt governments,” Massie wrote in the comments section. “We can hope the UN is feckless in the effort to make sure only governments can own guns (see article), but even in the best case, the UN is a bureaucratic waste of American taxpayers’ money.”

Gary Johnson, the Libertarian presidential nominee, believes differently. In his ISideWith.com answer, he agrees with the United States staying in the United Nations but said we should scale our current involvement. 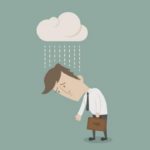 Why Do Libertarians Always Lose? [PODCAST] 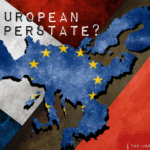 Is a European Superstate in the Near Future?