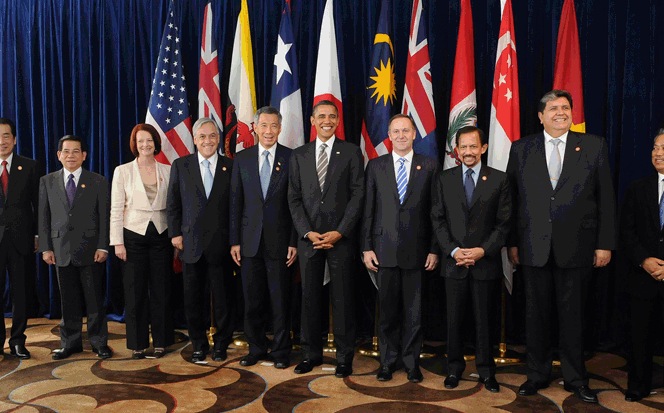 The Trans-Pacific Partnership is likely to become one of the most significant international trade deals in recent history. As a result, the talks have attracted significant support and opposition from various groups.

Though there is a lot information out there about TPP, much of it is agenda based or purely speculative. It does look likely however that many countries involved have a vested interest in more trade liberation and decreased tariffs along with many other key issues. This is what we know for sure.

Countries entered into talks in March of 2010. The first round of talks was held in Melbourne, Australia. Since that time there have been 20 rounds of talks with the latest being held in Ottawa, Canada on July 2014.

Additional countries can join but they must demonstrate a commitment to TPP and be welcomed in by the existing parties.

According to the USTR, the total market size among all the partner countries is about 793 million consumers with a combined GDP of $28.1 trillion as of 2012. This contributes to 39 percent of the world’s GDP.

The Whole Deal Is Not Publicly Known

Though some information has been made available, the trade deal for the most part has remained a secret. Despite the White House assuring the public the deal will have vast economic benefits for American workers and the citizens of partner countries, the secret nature in which the deal has been negotiated has fueled growing skepticism among Democratic lawmakers and labor unions.

The White House however has claimed the only reason not every part of the deal has been made public is because the exact nature of certain aspects are still being negotiated, the Washington Post reports. Additionally, lawmakers in the House and Senate have access to the text which is being kept in the basement of the Capital, according to The Hill.

It Could Involve Trade Promotion Authority

President Barack Obama, along with other supporters of TPP, have pushed for trade promotion authority to help get the deal finalized and implemented. Also known as Fast-Track, if granted by Congress, it would allow the president to make trade deals with a straight up or down vote without amendment or filibuster. Opponents of TPP have also opposed fast-track, arguing it will just be used as a means to push through parts of the trade deal they don’t like.

At the moment, TPA has passed through committee as the Senate and House consider whether to pass it.

TPP expands upon the Trans-Pacific Strategic Economic Partnership Agreement which was made between Brunei, Chile, New Zealand and Singapore, according to The Australian government. P4 went into force in 2006. The deal was designed to be a path to trade liberalization among Asia-Pacific countries.

Opponents have compared the deal to the North American Free Trade Agreement which they claim resulted in many American jobs being lost. Obama however has argued, according to the Washington Post, that TPP could help fix many of the problems NAFTA caused.

Who Is Fighting For What?

Though the final deal has not been reached, each country involved is hoping for something. At the center of much of the talks is increased trade liberation and less tariffs.

Japan, for instance, is the largest economy and largest trading partner without an existing U.S. Free Trade Agreement, according to the Congressional Research Service. Increased trade liberalization could benefit Japan greatly while boosting U.S. industries by allowing more imports and exports. Just Japan’s participation alone has drawn the interest of many U.S. industries including agriculture, automotive and services.

Australia, Chile and Mexico have called for full tariff elimination to allow for more trade among products and services. They specifically note Japan making “unacceptable” tariff offers in each of the agricultural sectors it considers sensitive, including pork.

Canada, which has reportedly disagreed with other countries about market access, is likely to concede access to U.S. markets for selected commodities such as sugar, sugar-containing products, peanuts and dairy products, among others.

Worker rights have also become a major issue throughout the negotiations. While many countries, like the U.S., have fought for provisions to settle worker rights issues, Vietnam and Brunei reportedly have expressed opposition to the idea.

Though the trade deal is likely to impact each country involved in unique ways, the U.S. is not likely to have too much of an economic upset internally. This, according to The Wall Street Journal, is because U.S. import tariffs are already pretty low. However, U.S. exports, especially agriculture, are likely to become more competitive under the trade deal.

Did They Forget About China?

There is likely to be a political reason for China not being involved in the trade talks despite being a dominate Pacific power. As The Wall Street Journal reports, the deal may allow the U.S. to counter China for implementing its own system which has been widely criticized for relying on the state, violating intellectual property rights and limiting international investment.

Despite this, Beijing has expressed interest in joining the talks and it could join someday if it agreed to the standards.

Some early drafts and select information from the trade talks has been leaked. The most significant leaks were done through Wikileaks. The website has published several documents pertaining to the trade deal since 2013.

Early on the leaks showed considerable disagreements between the United States and other countries on how to handle intellectual property and copyright laws. Other areas of disagreement include how to handle investing, the definition of environmental law and agriculture export subsidies. The disagreements in these areas have caused significant delays throughout the negotiating process.

Montanari notes that IP laws cover a huge percentage of the U.S. economy. According to the U.S. Department of Commerce, IP-intensive industries account for $5 trillion of U.S. GDP, 60 percent of U.S. exports and 40 million American jobs.

“Therefore, it is hoped that implementing stronger IP laws in the Asia-Pacific region will help strengthen not only this vital industry in the US but also the Asia Pacific region economies,” Montanari told TheDCNF. “In fact, countries that have strong IP protection have up to 13 times higher GDP than those that do not.”

More recently, leaked documents from March 25, 2015 show the trade deal could allow global corporations to sue governments through the World Bank or the United Nations to obtain taxpayer compensation for loss of expected future profits due to government actions.

What Democrats Have Been Claiming

The trade talks have caused a considerable rift between Obama and Democrat lawmakers. They have noted concern that the deal will end up benefiting corporations as the expense of workers and the environment.

Leading much of the opposition in Democratic Sen. Elizabeth Warren, who has demanded the text of the deal be made public.

What Obama Is Claiming

The Obama White House has argued on numerous occasions that the deal will help American workers. During a recent press call, Obama also countered critics who say the deal is being done in secret to mislead people by arguing the parts that haven’t been released are not finalized and therefore don’t actually exist yet.

What Partner Countries Are Claiming

During a recent meeting with Obama, Japan’s Prime Minister Shinzo Abe argued the deal will result in economic growth and create opportunities the world.

What Organized Labor Is Claiming

Labor unions, like many others on the left, have been adamantly opposed to the deal. Some unions have noted concern that the trade deal is going to benefit corporate interests at the expense of working Americans. Unions, along with other groups, have also warned that the deal will hurt people in need of medicine by implementing strict patent pharmaceutical laws.

“Studies indicate that for each medicine approved for commercial use, $1 billion and 5-10 years of research are invested,” Montanari argued. “It is important that IP protections are strong to protect the rights of innovators and creators.”