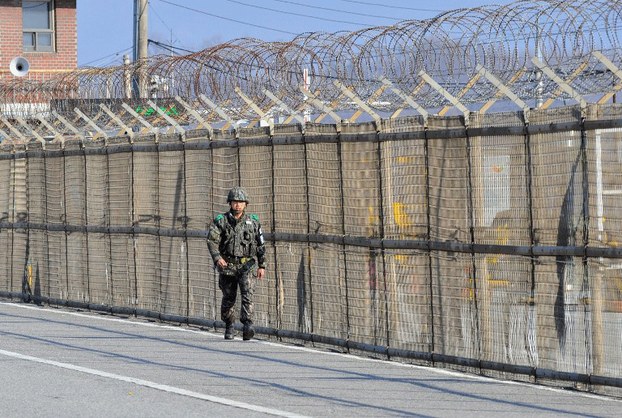 North Korea is holding four American citizens, and the current outlook for their return is not particularly promising.

Two of the detainees were arrested within the past month, and while North Korea has promised to deal with its prisoners in accordance with the law, that isn’t exactly comforting.

“Recent Americans detained are being interrogated by relevant legal authorities for criminal acts against” the regime, North Korea’s state-run Korean Central News Agency revealed Thursday. “It is an exercise of the legitimate right of a sovereign state to deal with the criminals according to its law.”

“DPRK will detect and frustrate every anti-DPRK plot of the dishonest hostile elements and ruthlessly punish the criminals and thus reliably defend its state and social system,” the report added.

In recent weeks, North Korea arrested Tony Kim and Kim Hak-song for “hostile acts” against the North Korean regime. Both men taught North Korean students at Pyongyang University of Science and Technology. The North is also holding Otto Frederick Warmbier, a student at the University of Virginia, and Kim Dong-chul, a businessman.

In addition to vowing to “ruthlessly punish” anti-state criminals, North Korea is also denying consular access to the American detainees, the Department of State revealed, adding that the recent string of detentions highlight “the risk associated with travel to North Korea.

The Department of State warns American citizens against traveling to North Korea, explaining that Americans are “at serious risk of arrest and long-term detention under North Korea’s system of law enforcement,” which “imposes unduly harsh sentences for actions that would not be considered crimes in the United States and threatens U.S. citizen detainees with being treated in accordance with ‘wartime law of the DPRK.’”

The Swedish Embassy in Pyongyang often serves as an intermediary between North Korea and the U.S., but North Korean authorities regularly deny them access to American prisoners.

North Korea has detained at least 16 U.S. citizens in the past 10 years.

In the past, North Korea has used prisoners as bargaining chips, but Pyongyang claims that this is not the case this time around. U.S. Ambassador to the United Nations Nikki Haley said in April that the American citizen detained late last month is a “bargaining chip” for negotiations with Washington.

North Korea is currently hung up on a narrative that the CIA and South Korea’s National Intelligence Service (NIS) hired a North Korean lumberjack working in Russia to detonate a biochemical weapon during a military parade to end the life of the young North Korean dictator Kim Jong Un.

Almost every day for the past week has been filled with state-run articles out of North Korea on its determination to hunt down the plotters who tried to take out the “supreme leader.”