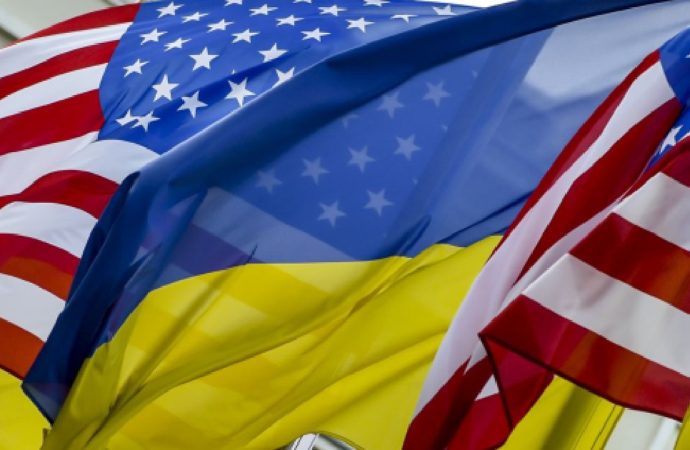 Thursday on the Hill in D.C. was dominated by impeachment hearings by Democrats – most notably the testimony of former United States Special Representative for Ukraine Negotiations, Kurt Volker.

Volker, who himself has a largely spotless background working various intelligence and foreign relation jobs for the U.S., resigned September 27th, 2019 after it was clear he was to be deposed by Democrats regarding impeachment.

His testimony on the Hill itself did not conclusively help one side or the other regarding the impeachment debate. Basically, his testimony left open  that the Trump administration was conditioning aid on one of two things: either, A) proof that the new President and government would be fighting internal Ukrainian corruption generally; or, B) an investigation into Joe Biden, President Trump’s main 2020 challenger.

It is clear at this point that the question of impeachment lies completely in which of the two possibilities the reality is closest to.

New text messages that emerged Thursday suggest it is closer to option B.

In a letter written by multiple heads of Congressional committees, lawmakers warn of what they perceive as President Trump’s move to solicit foreign assistance in his 2020 re-elect effort. The letter is only two pages long, but 23 more pages of text messages from people inside Trump’s own DOJ and Administration follow. If one is honest, there is nothing good for the President there.

The most damning moment came in a text exchange between Bill Taylor, who has served as the chargé d’affaires for Ukraine since June 2019, and Gordon Sondland, American Ambassador to the European Union.

The two were discussing the withholding of Congressionally approved security assistance to Ukraine (who have been fighting Russian expansionism on their Western border since 2014).

Here is how that particular exchange on September 9th went:

Bill Taylor (BT): The message to the Ukrinianians (and Russians) we send with the decision on security assistance is key. With the hold, we have already shaken their faith in us. Thus my nightmare scenario.

BT: Counting on you to be right about this interview, Gordon.

Gordan Sondland (GS): Bill, I never said I was ‘right”. I said we are where we are and believe we have identified the best pathway forward. Let’s hope it works.

BT: As I  said on the phone, I think it’s crazy to withhold security assistance for help with a political campaign.

GS: Bill, I believe you are incorrect about President Trump’s intentions. The President has been crystal clear no quid pro quo’s of any kind. The President is trying to evaluate whether ukraine is truly going to adopt the transparency and reforms that President Zelensky promised during his campaign. I suggest we stop the back and forth by text. If you still have concerns, I recommend you give Lisa Kenna or S a call to discuss them directly. Thanks.

Needless to say, the text that jumps out is the last one by Bill Taylor, implying that the administration was knowingly engaging in a quid pro quo, exchanging military aid for election help. The five-hour gap is also suspect– who did Sondland speak to in that time? Was he trying to get some sort of cover up straightened out? Why he was so eager to end the exchange by text?

Another batch of texts that jumps out is one between Kurt Volker and Andrey Yermak, a top aide to Ukrainian President Zelensky, ahead of the call in question between Trump and Zelensky.

Volker texted: “Good lunch- thanks. Heard from White House— assuming President Z convinces Trump he will investigate/ “get to the bottom of what happened” in 2016, we will nail down date for a visit in Washington. Good luck! see you tomorrow, kurt.”

This text is highly suspect as it implies a quid pro quo— namely Ukraine executes the Biden investigation, and in return gets meeting with Trump.

Hopefully all these questions and more will be answered by the impeachment inquiry, as Americans deserve answers.

Meanwhile, President Trump is doing himself no favors as is his habit, appealing to China for assistance in 2020 regarding another Biden probe, effectively doing in public what impeachment charges accuse him of doing in private.