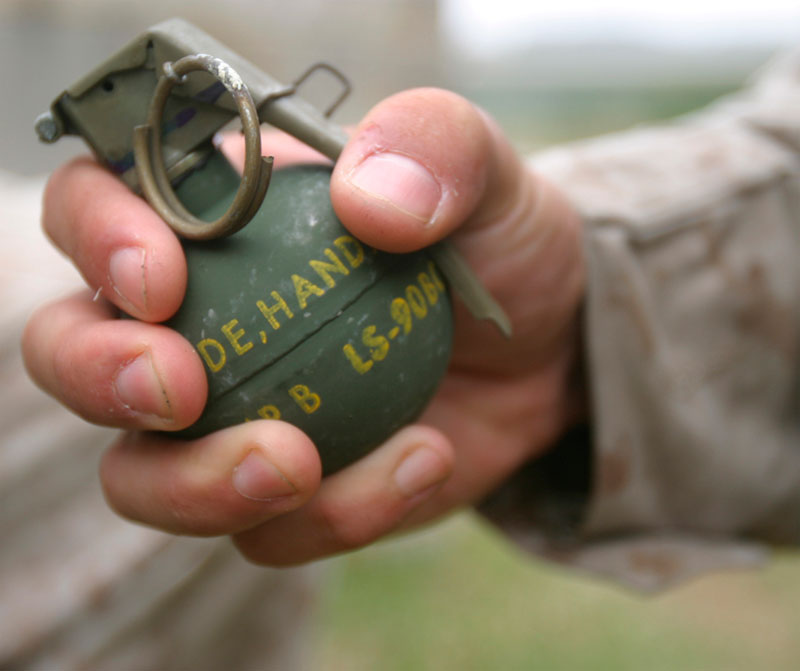 An anti-terrorism court in Pakistan had an unexpectedly close encounter with terrorism Monday when a policeman demonstrated how a grenade works by blowing one up in the courtroom.

Karachi police officer Abid Ali was presenting a cache of grenades as evidence, claiming they had been constructed at home by a terrorism suspect, according to the Daily Pakistan. Judge Shakil Haider asked Ali if he knew how grenades worked, and Ali showed that he did by promptly pulling a pin on one of the explosives. Ali demonstrated his knowledge all too well, as the grenade promptly blew up, as they are wont to do.

Nobody was killed in the explosion, but different reports place the number of people hurt at between two and five people. Court proceedings were halted to deal with the carnage.

The blast occurred because police disarmed the grenade’s main explosive but neglected to disarm the smaller explosive charge on the weapon’s detonator, according to a report by the AFP.