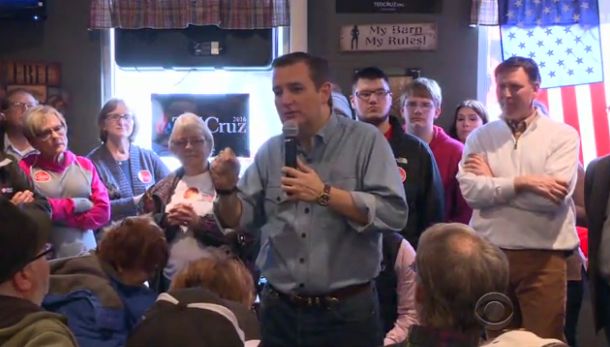 Republican presidential front runner and Texas Senator Ted Cruz has responded to Donald Trump’s remarks about his eligibility to run for president of the United States.

“This issue is a non-issue,” Cruz said with a smile. “The law is quite clear that the child of a US citizen born abroad is a natural born citizen.”

Cruz is absolutely right, the law and the courts have long settled this matter. Trump is trying to use xenophobia to turn Republicans against his chief competitor.

“Do you consider this an attack?” asked Major Garrett. “Because Donald Trump says he’s trying to help you.”

“Funny thing about politics is that it is unlikely that someone running against you for the same office is actually trying to help you.”