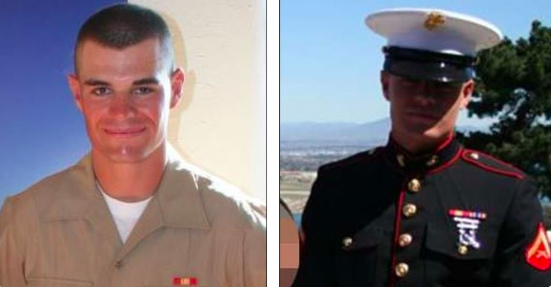 The deceased suspect who allegedly carried out a deadly shooting Wednesday night at a bar in Thousand Oaks, California, has been identified by authorities as U.S. Marine Corps veteran David Ian Long, 29.

The shooter used a legally purchased .45-caliber handgun and a “smoke device,” an unnamed law enforcement official told the Los Angeles Times. The shooter was wearing all black and his face was obscured by a hood, witnesses said.

The suspect drove his mother’s car to Borderline Bar & Grill and did not speak before firing the first shots, according to the official quoted by the LA Times.

Long, who was white, went by his middle name, reported ABC News. Authorities have not identified possible motives in the shooting.

“California Highway Patrol was on scene within 3 minutes, with first officer to enter shot numerous times,” Trump wrote on Twitter Thursday. “That Sheriff’s Sergeant died in the hospital. God bless all of the victims and families of the victims. Thank you to Law Enforcement.”

….Great bravery shown by police. California Highway Patrol was on scene within 3 minutes, with first officer to enter shot numerous times. That Sheriff’s Sergeant died in the hospital. God bless all of the victims and families of the victims. Thank you to Law Enforcement.

The first 911 calls about shots fired at the bar were received at 11:20 p.m. local time, according to CNBC. The gunman fired at random, according to some witnesses quoted by CNBC.

“It’s a horrific scene in there,” Ventura County Sheriff Geoff Dean told reporters in the parking lot of the Borderline Bar & Grill according to CNBC. “There’s blood everywhere.”