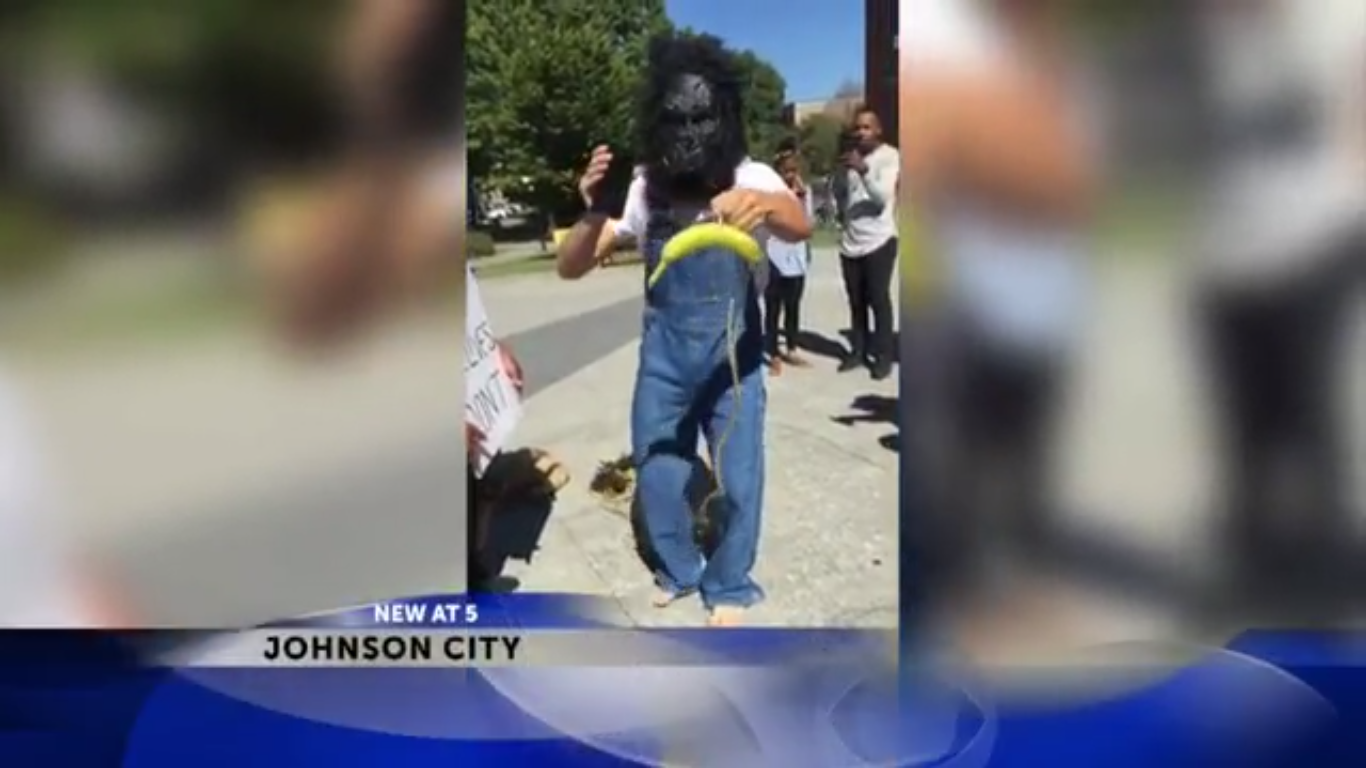 A Tennessee university suspended a white student after he dressed up in a gorilla mask and carried bananas during a Black Lives Matter protest.

Not only is freshman Tristan Rettke under suspension, but he also faces civil rights intimidation charges, reports USA Today.

Rettke attended a student protest at East Tennessee State University against police shootings and wore a gorilla mask. During the protest, he also passed out bananas with nooses tired around them.

Local reports say that Rettke told officers that he joined the demonstration because he wanted to get a reaction from protesters.

Campus safety police escorted him from the protest and he was later charged by the Johnson City Police Department.

“He pulled out his burlap sack and then he had the rope and whatnot and then he started offering us bananas. A lot of us didn’t take it, but I just took as a sign of peace offering and just to show him that, just because he’s being disrespectful towards me, I won’t be disrespectful towards him,” Jaylen Grimes, a protester, told the East Tennessean.

The university released a statement on Rettke’s suspension, saying his actions “go against the values of our university where people come first and all are treated with dignity and respect.”

University President Brian Noland said he was “offended” and “saddened” by the events.

“We are exceptionally proud of the students who were peacefully participating in the event and the manner in which they exercised restraint, thoughtfulness and strength in the face of inappropriate and offensive behavior,” he said.

Remember When Trump & Clinton Described the Leaders They “Admire?”

Why This Filipino-American Millennial Is Voting for Gary Johnson