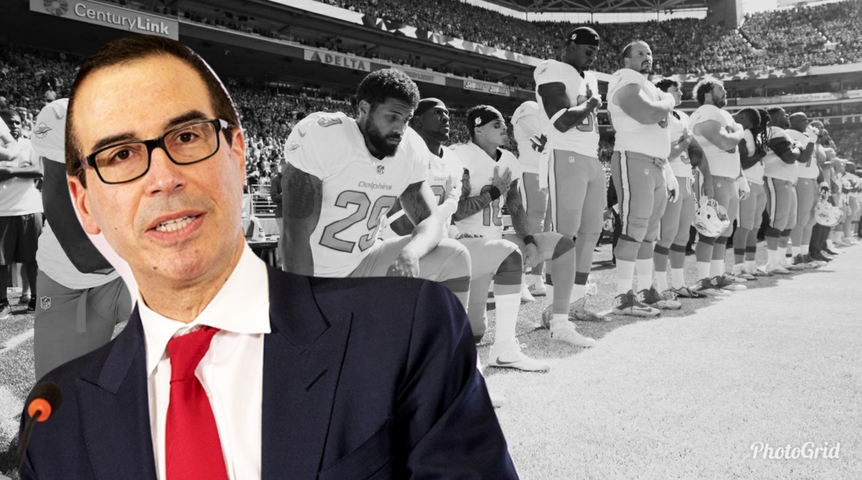 Secretary of the Treasury Steve Mnuchin said Sunday morning that NFL players can express their rights to free speech on their own time.

“This is a job and the employers have a right when the players are working to have rules,” Mnuchin told ABC’s This Week. He was referring to the wave of NFL players who have chosen to kneel down during the national anthem at games this season.

“They can do free speech on their own time,” he added. “This is about respect for the military and first responders in the country.”

The league has adhered to all manner of rules dictating decorum like posting commemorative stickers or drawing symbols on their shoes, Mnuchin noted. He believes that the NFL is picking and choosing rules to administer based on the political winds.

“I think the president can use whatever language he wants,” Mnuchin said. “The president was trying to unify the country.”

Players with the Jackson Jaguars and the Baltimore Ravens responded Sunday morning to Trump’s demands that owners suspend or fire players who protested the national anthem. Most members of the Ravens and Jaguars either stood with their arms locked in solidarity or took a knee on the field during a game in London, England.

None of the players knelt during the London national anthem.

I Took A Knee: A Veteran’s Perspective