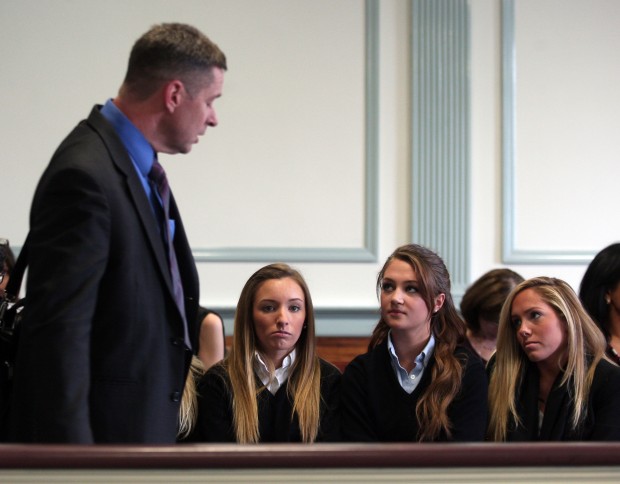 MORRISTOWN, NJ – Rachel Canning lost her lawsuit yesterday which she filed in order to force her parents to pay for her private school and college. Canning left her parents home when she claimed that they were too strict in establishing her curfew (11 p.m.) and after they advised her to dump her boyfriend who they deemed was a bad influence.

Rachel left home two days before she turned 18 after she began getting into uncharacteristic trouble at school. A New Jersey judge ruled against her in her quest to receive weekly child support and put off the decision over college tuition until next month. Judge Peter Bogaard asked: “Do we want to establish a precedent where parents live in basic fear of establishing rules of the house?”

Rachel claimed her parents were abusive, which contributed to an eating disorder she developed and they forced her to get a basketball scholarship. But the parents disputed that claim, stating that they helped her with the disorder and paid for her to go to private school where she would spend less time playing basketball than if she went to public school.

“We love our child and miss her. This is terrible. It’s killing me and my wife. We have a child we want home. We’re not Draconian and now we’re getting hauled into court. She’s demanding that we pay her bills but she doesn’t want to live at home and she’s saying, ‘I don’t want to live under your rules,’ ” Sean Canning said. “We’re heartbroken, but what do you do when a child says ‘I don’t want your rules but I want everything under the sun and you to pay for it?’”

Neighbors complain about local church’s joyful noise. Can they kick them out?