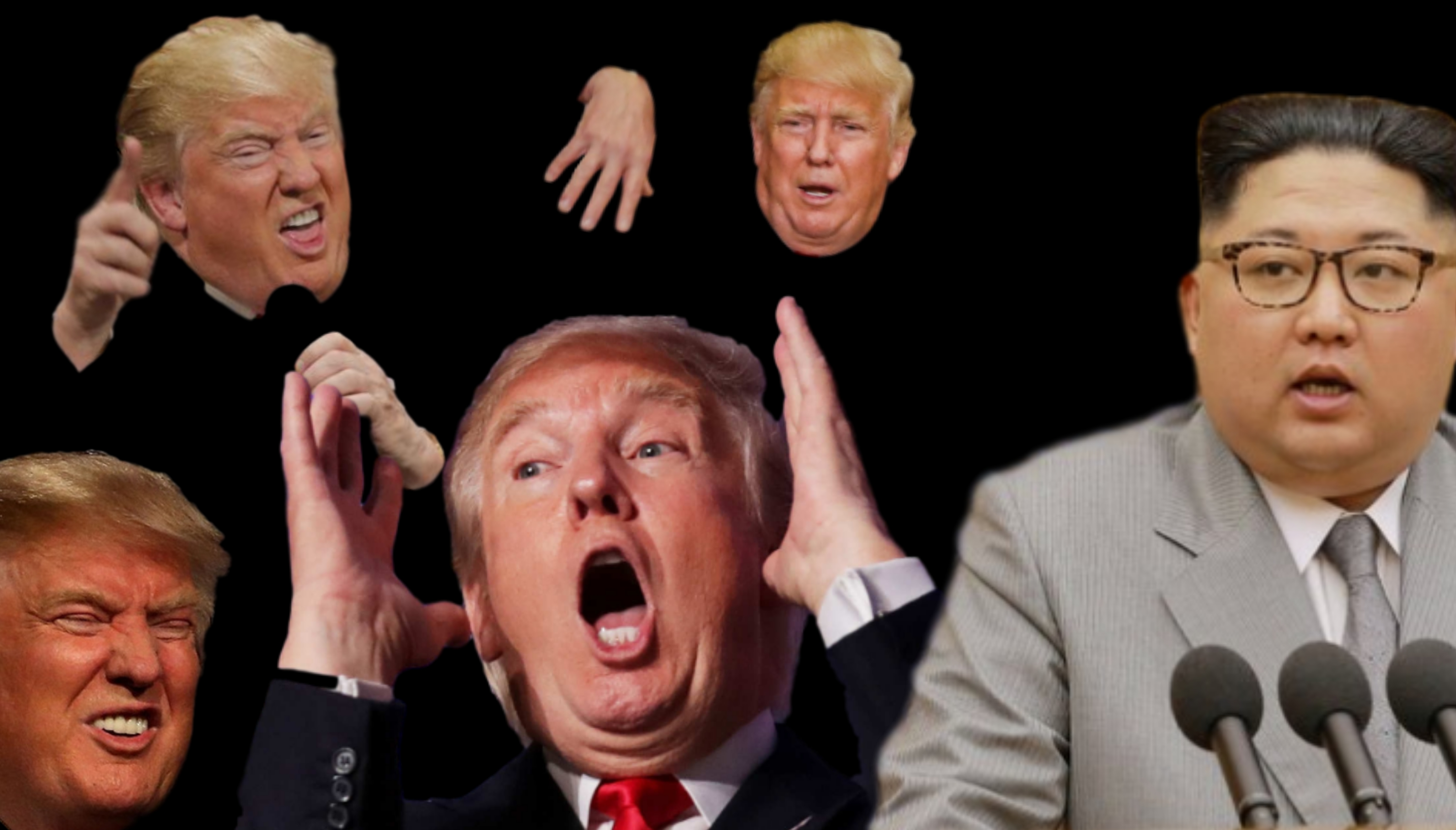 Kim said in his New Year’s address that he has a button on his desk to order a nuclear strike against the U.S. In response, Trump tweeted, “I too have a Nuclear Button, but it is a much bigger & more powerful one than his, and my Button works!” That tweet did not sit well with the North Korean leadership.

North Korean Leader Kim Jong Un just stated that the “Nuclear Button is on his desk at all times.” Will someone from his depleted and food starved regime please inform him that I too have a Nuclear Button, but it is a much bigger & more powerful one than his, and my Button works!

“Trump’s bluff is regarded by the [Democratic People’s Republic of Korea] as just a spasm of a lunatic frightened by the might of Juche Korea and a bark of a rabid dog,” the Rodong Sinmun, the paper of the ruling party, wrote Tuesday, adding, “The spasm of Trump in the new year reflects the desperate mental state of a loser who failed to check the vigorous advance of the army and people of the DPRK … He is making [a] bluff only to be diagnosed as a psychopath.”

The latest exchange is part of an escalating war of words between Trump and Kim that began last year.

Trump warned last summer that North Korea’s hostile threats will be met with “fire and fury,” prompting the North to threaten Guam with “enveloping fire.” In the fall, the president gave Kim the nickname “Rocket Man,” and Kim returned the favor by calling Trump a “mentally-deranged dotard.”

As things heated up between Washington and Pyongyang, Trump warned that “Little Rocket Man” and his cohorts might not “be around much longer.”

Towards the end of the year, Trump called Kim “short and fat,” leading North Korea to sentenceTrump to death for supposedly insulting the so-called supreme leader. The president’s comments followed a series of insulting North Korean reports, which called him an “old lunatic.”