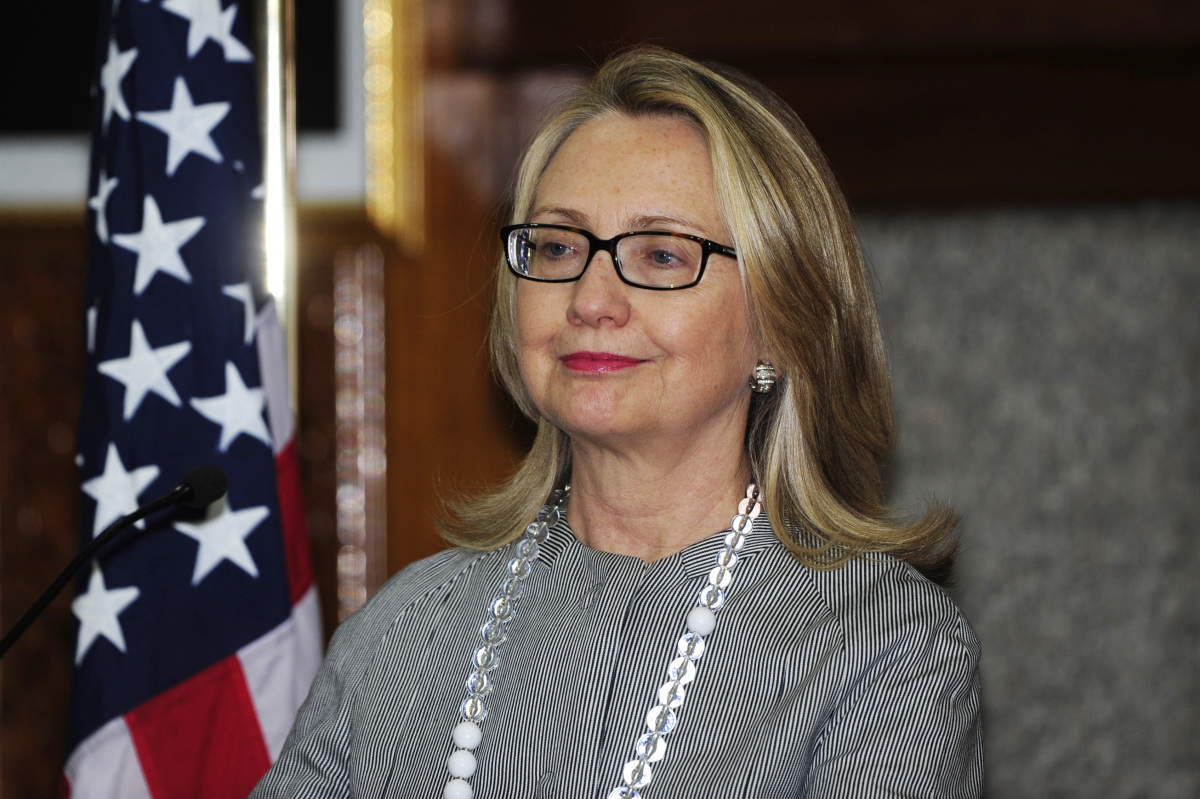 Senate Committee on the Judiciary Chairman Chuck Grassley has launched a new investigation of former Secretary of State Hillary Clinton’s effort to thwart a Bangladesh government corruption probe of Muhammad Yunus, a Clinton Foundation donor and close friend of the Clintons.

The Iowa Republican’s effort is the first new official inquiry of Clinton since her unexpected loss in the 2016 presidential election to President Donald Trump. Trump’s supporters often chanted “lock her up” during his many boisterous campaign rallies.

But upon assuming the Presidency, Trump and leaders of the Republican-majority Congress displayed little appetite for reopening investigations of Clinton’s tenure as the chief U.S. diplomat and multiple persistent allegations of “pay-to-play” corruption involving the Clinton Foundation. Until now.

The Daily Caller News Foundation (TheDCNF) Investigative Group exclusively reported in May that Clinton sent top U.S. diplomats to pressure Bangladesh Prime Minister Sheik Hasina and her son Sajeeb Wazed in an effort to kill that country’s corruption investigation of Yunus and the Grameen Bank. Yunus was then managing director of the state-owned Bangladesh bank.

In a June 1, 2017, letter to Secretary of State Rex Tillerson, Grassley repeated TheDCNF charge that Clinton threatened Wazed with an IRS tax audit if his mother did not back away from the corruption probe. Wazed has lived in the U.S. for 17 years.

“If the Secretary of State used her position to intervene in an independent investigation by a sovereign government simply because of a personal and financial relationship stemming from the Clinton Foundation rather than the legitimate foreign policy interests of the United States, then that would be unacceptable,” Grassley told Tillerson.

“Co-mingling her official position as Secretary of State with her family foundation would be similarly inappropriate. It is vital to determine whether the State Department had any role in the threat of an IRS audit against the son of the Prime Minister in retaliation for this investigation,” Grassley continued.

Grassley described how U.S. ambassadors James Moriarty and Dan Mozena, as well as Jon Danilowica, the Deputy Chief of Mission, met with Wazed in the U.S. Embassy in Dhaka, Bangladesh’s capital, on numerous occasions while the corruption investigation was underway. All three are career diplomats.

As TheDCNF previously reported, Clinton’s aid to Yunus included 18 grants, contracts and loans awarded to two of his America-based foundations, the Grameen Foundation USA and Grameen America, according to USASpending.gov.

Yunus was stripped of his directorship of the state owned Grameen Bank in 2011 as a result of the Bangladesh government’s review of his financial mismanagement of the bank and its “micro-credit” loan program for poor peasants, mainly women.

A Norwegian documentary charging Yunus personally diverted $100 million intended for Grameen Bank and for the poor to his other organizations triggered the initial investigation against him. The pocketing of funds shocked many in poverty-stricken Bangladesh where the annual per capita income is about $3,600, according to the World Bank.

Yunus eventually returned the money to Grameen Bank, but the government’s investigation exposed serious financial mismanagement and found the micro-loan program failed to lift recipients out of poverty. He was forced to resign under a law making 60 the maximum age for the bank’s top position. Yunus was 70 at the time.

Interest rates and payback amounts of the micro-loans sometimes resulted in more poverty, not less. Rather than re-paying the loans, a number of recipients in Bangladesh and India committed suicide.

Wazed told TheDCNF it was “astounding and mind boggling” to him that between 2010 and 2012 senior State Department officials repeatedly pressured him to influence his mother to drop the Grameen Bank investigation.

“They threatened me with the possibility of an audit by the Internal Revenue Service,” Wazed said. “They would say over and over again, ‘Yunus has powerful friends’ and we all knew they were talking of Secretary Clinton. Everybody knew it was Mrs. Clinton.”

Grassley noted in his letter to Tillerson that Wazed recounted for Senate investigators “two conversations with then-Deputy Chief of Mission to Bangladesh Jon Danilowicz during which Danilowicz mentioned that Wazed may be audited by the IRS if he failed to use his influence to get his mother to drop the investigation into Yunus.”

Grassley added new details stating, “Furthermore, he was told by these same officials that Yunus was communicating with Secretary Clinton and her staff for assistance and, in turn, Secretary Clinton’s staff put pressure on the Embassy in Bangladesh to intercede on Yunus’ behalf.”

The World Bank also unexpectedly decided during Clinton’s tenure in 2012 to rescind a $1.2 billion loan to Bangladesh while the IRS was pressuring Wazed. The funds were sought to build a key bridge near Dhaka.

Clinton’s inner circle of State Department aides kept her apprised of developments throughout the probe. When Clinton confident Melanne Verveer told her of Yunus’ resignation on May 14, 2011, the former secretary of state described it as “sad indeed.”

In 2016, Grassley complained about the Clinton Foundation to former Attorney General Loretta Lynch and to the FBI regarding public corruption charges. However, this is the first time since Trump took office that Grassley renewed an investigation into Clinton, this time for her retaliatory actions against Bangladesh on behalf of Yunus.

Grassley requested that Tillerson provide the judicial panel with all related emails and State Department records or communications by June 15. The senator also asked if the matter had been referred to the Department of Justice or the State Department’s Inspector General. “If not, why not?” Grassley asked Tillerson.