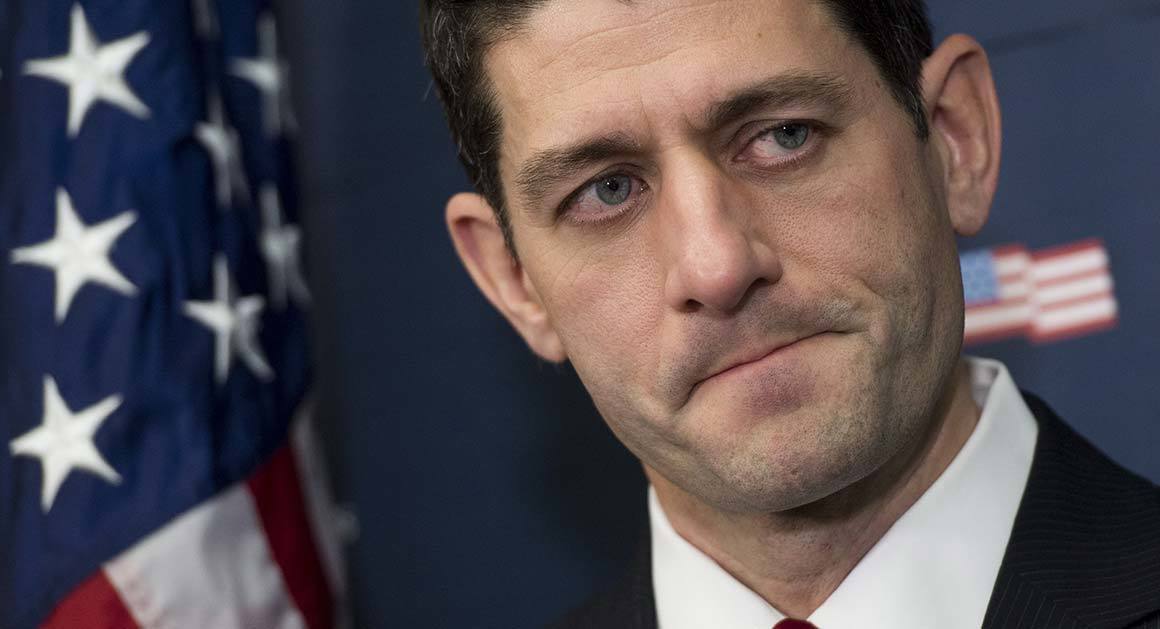 “I am sickened by what I heard today,” Ryan said in a statement. “Women are to be championed and revered, not objectified. I hope Mr. Trump treats this situation with the seriousness it deserves and works to demonstrate to the country that he has greater respect for women than this clip suggests. In the meantime, he is no longer attending tomorrow’s event in Wisconsin.”

The Washington Post published a video Friday that shows Trump talking about a married woman to former Access Hollywood host Billy Bush, saying in part, “I did try and fuck her. She was married, and I moved on her very heavily.” The New York billionaire went on to say, “I moved on her like a bitch, but I couldn’t get there, and she was married.”

After The Washington Post published the video, Trump responded saying, “This was locker room banter, a private conversation that took place many years ago. Bill Clinton has said far worse to me on the golf course — not even close.” The candidate went on to say, “I apologize if anyone was offended.” Trump faces off against Secretary Hillary Clinton in the second presidential debate Sunday night.

Following Ryan’s statement, Trump announced his running mate Mike Pence will attend the rally in his stead. “Governor Mike Pence will be representing me tomorrow in Wisconsin,” the statement said. “I will be spending the day in New York in debate prep with RNC Chairman Reince Priebus, Gov. Chris Christie and Sen. Jeff Sessions, and then flying to St. Louis on Sunday for the 2nd Presidential Debate.”

GOP Senator Kirk: It’s Time For Trump To Drop Out