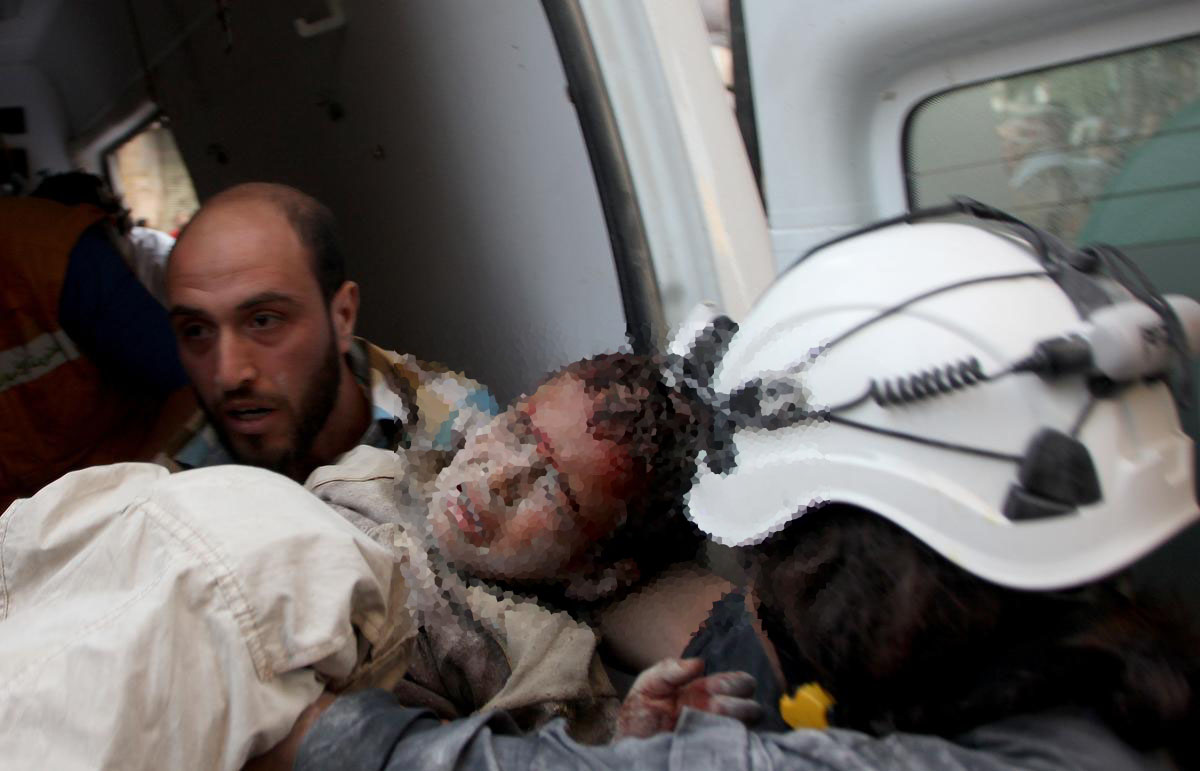 A series of air strikes targeting a hospital in the Syrian city of Idlib Monday left over 250 people killed or injured, according to the Syrian Observatory for Human Rights.

Initial reports claim that the eight strikes were conducted on the Syrian National Hospital, a health department facility and the city’s municipal stadium by what appeared to be Russian aircraft. Casualty reports are continuing, but it is reported at least 50 are confirmed dead with another 250 injured. As many as 17 of the 50 killed are believed to be children.

PHOTOS: Images allegedly show the aftermath of an airstrike that hit the national hospital in Idlib city, #Syria. pic.twitter.com/NBpkWYXgV9

Idlib is currently under the control of Syrian rebel groups engaged in fighting with forces loyal to Syrian President Bashar al-Assad and his Russian, Iranian and various other allies.

Russia appears to have dropped what are known as “vacuum bombs” on the various targets. Vacuum bombs, also known as volumetric explosives, spread fuel across a target surface, enveloping it in a sort of cloud. The bomb ignites the cloud, creating a massive shock wave and intense temperatures that are particularly adept at vaporizing humans.

Russia is actively engaged in military operations in support of al-Assad since September of last year. Both Russian President Vladimir Putin and al-Assad were accused of deliberately attacking civilians via air strikes. A United Nations envoy to Syria claimed that as many as 400,000 Syrians have died since the conflict began five years ago.

Jaish al-Fatah (JaF, or Army of Conquest), a coalition of anti-Assad groups operating in the Idlib area, shelled out Syrian government positions in response to the attacks. JaF is comprised of at least two known terrorist groups with links to al-Qaida, Nusra Front and Ahrar al-Sham. The coalition also works closely with terrorist group Jund al-Aqsa.