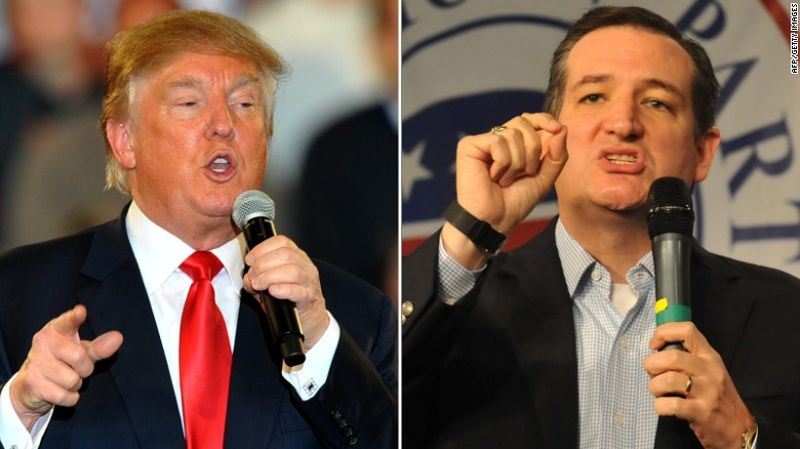 Donald Trump wants revenge on Sen. Ted Cruz and Gov. John Kasich. And he’s apparently willing to spend $20 million to get it.

Both Cruz and Kasich have failed to endorse Trump for president, despite signing a pledge to support the eventual Republican nominee last year. Cruz even went a step further, delivering a powerful speech at the Republican National Convention, only to end it by urging Americans to “vote your conscience,” provoking a torrent of boos.

According to Bloomberg, “a person familiar with Trump’s thinking” says Trump is willing to pour millions into outside groups in the months leading up to election day, in an effort to prevent Cruz and Kasich from ever winning another office.

Trump alluded to such a plan Friday morning in a speech.

If Trump pursues a revenge plan, it would be an about-face from his own rhetoric immediately after Cruz failed to endorse him. In a Twitter post, Trump claimed that Cruz’s non-endorsement was actually “no big deal” to him.

Bloomberg’s source added that Trump wasn’t as concerned with derailing any future political efforts by Jeb Bush, even though Bush also has refused to endorse Trump, because the former Florida governor is already “destroyed.”

If Trump manages to win the presidency in November, his revenge plot could create the bizarre situation of a Republican president attempting to bankroll the defeat of his own party compatriots. The precise legality of this is unclear, though, since political candidates are legally barred from coordinating with political candidates. If Trump is seeking a second term in 2020, this could make his super-PAC fall in a legal grey area.

It may not be long before Trump has a chance to put his money where his mouth is. Cruz is up for re-election in the Senate in 2018. Kasich’s tenure as governor of Ohio will also end in 2018, but he could potentially make a Senate challenge against Democrat Sherrod Brown, who is up for re-election that year.

Both Kasich and Cruz have also expressed interest in making another run at the presidency in 2020.

2 Dead In Another Florida Nightclub Shooting