Former Secretary of State and presidential candidate Hillary Clinton said it would be “really stupid” for President Donald Trump to withdraw U.S. participation in the Paris agreement on climate change.

As part of a wide-ranging talk about the 2016 campaign, Clinton said a withdrawal from the Paris accord would be “a breach of an agreement” that would cede U.S. leadership on fighting global warming.

“You stand with your prior administration whether it was of your party or not,” Clinton said at a tech conference in southern California, also saying it would be “totally incomprehensible” and “incredibly foolish” to withdraw from the Paris agreement.

Trump is expected to withdraw from the accord sometime this week. White House aides have told reporters Trump favors exiting the deal, which the Obama administration joined in 2016.

European leaders, environmentalists and Democrats have urged Trump to stay in the Paris agreement — even though Trump already began dismantling the Obama-era policies meant to comply with the accord.

Clinton echoed arguments commonly made by Paris proponents, including that withdrawal would cost the U.S. economic opportunities in green energy.

“The President is a very impulsive, reactive personality,” Clinton said. “So, if we all like the Paris agreement, he may decide to get out of it, not even understanding one bit about what that means, or even understanding the economic cost of it.”

“There’s a huge market that somebody’s going to own and we’re giving it up,” Clinton said.

Wisconsin Bill Would Make Concealed Carry Legal Without A Permit 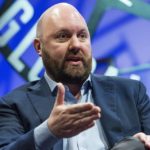