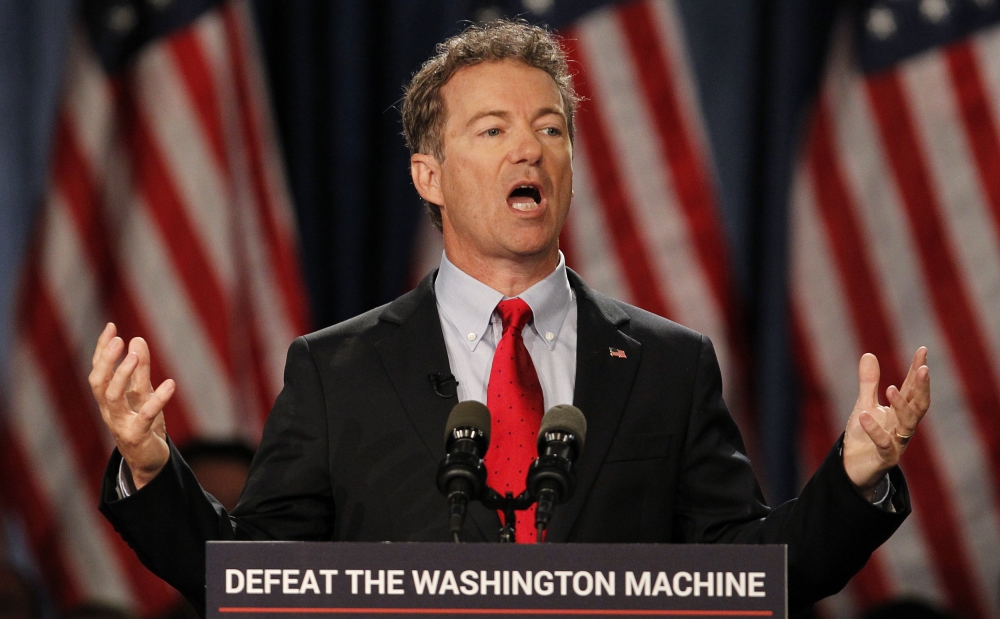 His New Year resolution was to continue what he has always done which is protect civil liberties and promote economic prosperity.

This year my resolution is to preserve our liberties and restore prosperity across America. #NewYearResolution

In his first tweet, the junior Senator from Kentucky promised to fight Obama on his gun control actions.

In his next tweet, he resolved to not let the negative things about his hair get to him and even made fun of his himself.

I resolve to not let the mean things people say about my hair bother me. #curlyhairdontcare #newyearsresolution pic.twitter.com/HVMr0vYbOj

His one tweet about Donald Trump made light of the presidential candidate’s bombastic and unfiltered style of talking.

I resolve to speak in vague but bombastic generalities more #newyearsresolution pic.twitter.com/AR741BUOvQ

He took several potshots at Ted Cruz, taking aim at his policy positions which seem to be mimicking Rand’s own.

I resolve to give @TedCruz more lead time before I announce my policy positions, so he can replicate them faster #NewYearsResolution

Rand also knocked Rubio and Cruz on their less than stellar voting records in the Senate. Both missed almost a third of their votes up to October 28th.

I resolve to spend less time voting in the Senate so @Marcorubio & @tedcruz don't look bad bc they don't show up for work. JK. Do your jobs.

In another tweet aimed at Ted Cruz, he made fun of the Texas senator’s birthplace.

Rand also took note of his wife telling him to be nicer to the media.

My wife @KelleyAshbyPaul tells me I need to resolve to be nice to the media in 2016. I don't think so Kelley! #newyearsresolution

In his last tweets, he took aim at Congress, calling for it to ‘dissolved’ (jokingly) and then calling attention to his Audit the Fed bill, which will be getting a vote on January 12th. He also advocated, as he often has, for term limits on Congress, as well as laws mandating congressmen read the bill they vote on.

And finally, he resolved to do this.