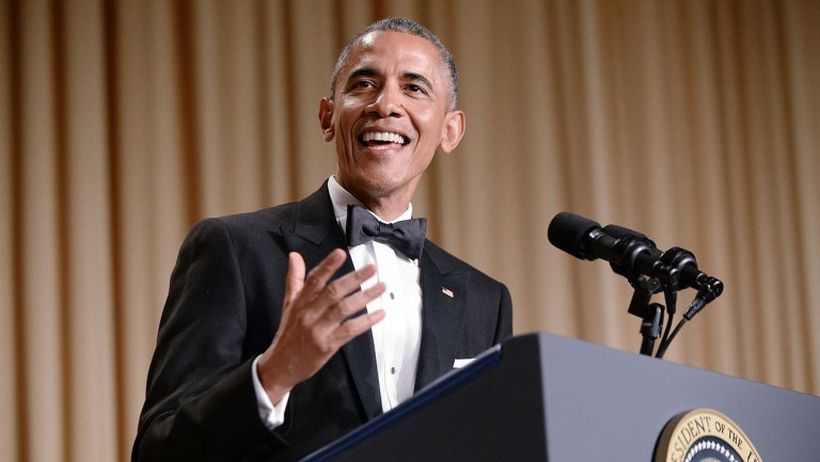 The annual White House Correspondent’s Dinner went down this past Sunday in Washington D.C., and as is the custom, President Obama got on stage to tell some jokes. One of the jokes getting the most attention is his clever quip about marijuana:

Obama on his approval ratings: “The last time I was this high, I was trying to decide on my major” #WHCD https://t.co/cU4YnxkHkv

I’m no fan of Obama’s but I’ll be the first to admit that is kind of funny. When you think about all the young lives still being destroyed because of cannabis prohibition however, it loses a lot of its humorous aspects.

Obama has admitted multiple times to smoking marijuana in his teen years. Fortunately for him, he was never caught. But many young people are caught and the resulting legal troubles hurt their future prospects for education and employment. Those kids will have a hard time becoming President of the United States.

What if Barry “Choom Gang” Obama had been caught burning a spliff and was introduced to the criminal justice system in high school? Would he still have had all the opportunities that enabled him to reach such lofty heights? Doubtful.

If Obama had done more in his 7+ years as President to reduce federal cannabis prohibition instead of continuously passing the buck to Congress, the joke might be funnier.

Your time in office is running out Mr. President. The time for jokes is over; let us get serious about dismantling the destructive monstrosity that is federal cannabis prohibition.